“They are actually rewarding the states that have the highest unemployment rates. So if you locked down, if you destroyed your own economy through your own policies, you are getting a windfall,” DeSantis said on Fox News as his state hosted the annual Conservative Political Action Conference (CPAC). “And the states like Florida that have worked to put people back to work that have saved our economies, we end up getting the short end of the stick.”

The charts below from the Committee to Unleash Prosperity indeed illustrate how states run by Republican governors have led the nation’s economic recovery. Nine of the ten top states boasting the lowest unemployment numbers in January are run entirely by Republicans. 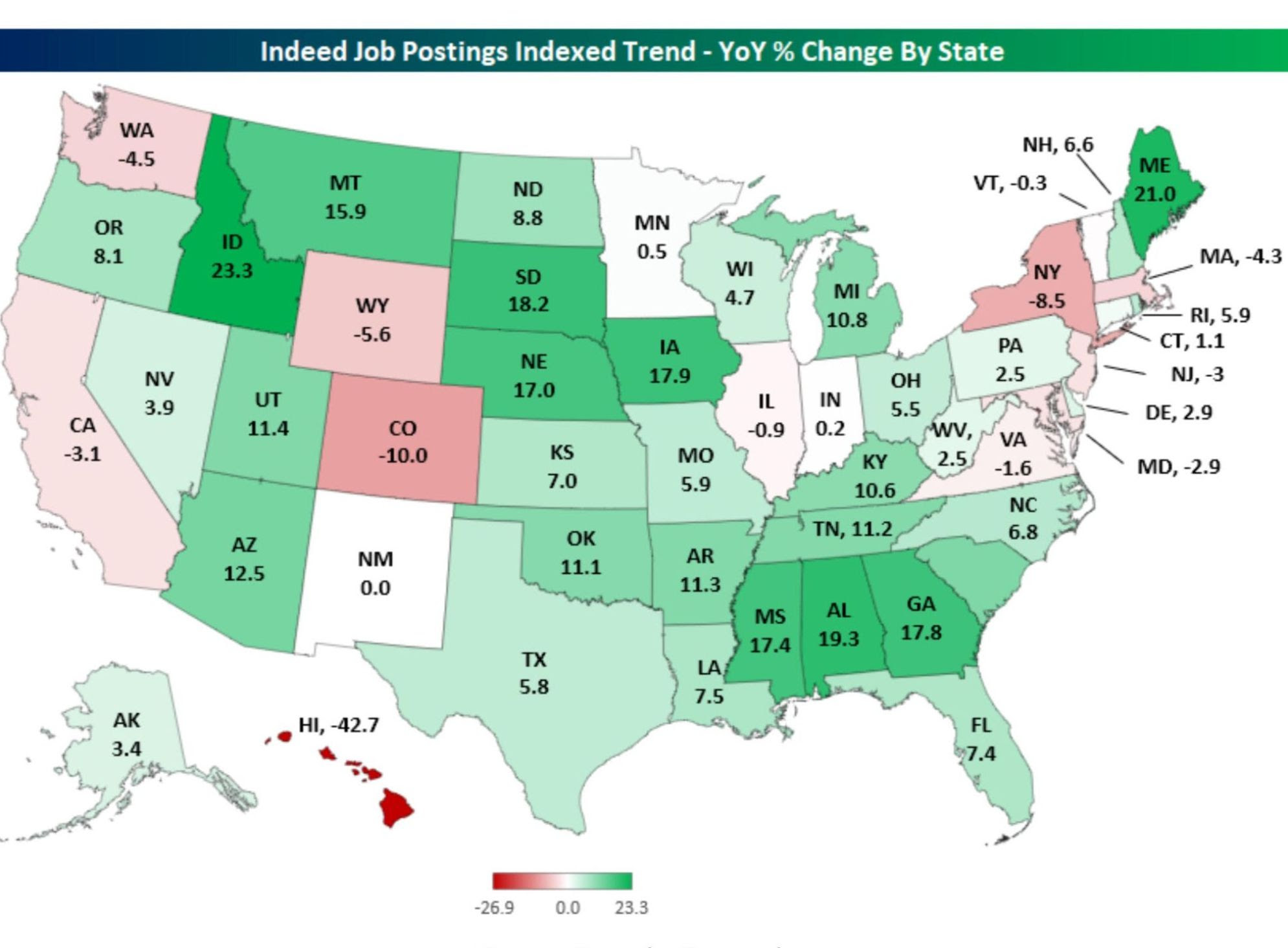 Meanwhile, about $1 trillion of last year’s $4.1 trillion in coronavirus spending passed by Congress is still unspent, according to the COVID Money Tracker run by the Committee for a Responsible Federal Budget.

Teachers unions have demanded Congress pass the $1.9 trillion bill before they’ll consider re-opening schools. It includes another $130 billion for schools even as states prioritize teachers in the vaccine line-up. According to the Foundation for Research on Equal Opportunity, however, between $53 and $63 billion in funding to re-open schools in last year’s COVID spending bills remain unspent.

Red states have also disproportionately allowed students to learn in classrooms, while blue states have pushed online learning as outlined in the map below from Burbio’s K-12 School Opening Tracker. Thrown-together online learning is notably worse for kids than even mediocre in-person instruction. 34 thoughts on “DeSantis: Democrats Are Looting the Treasury to Pour Money into their Bankrupt States”