By M.B. PELL and BENJAMIN LESSER

As governments race to stem the spread of coronavirus through an unprecedented closing of schools, businesses and travel, some specialists fear the long term public health impacts of a depressed economy and shuttered society.

It’s the most dramatic government intervention into our lives since World War II. To fight the coronavirus outbreak, governments across the globe have closed schools, travel and businesses big and small. Many observers have fretted about the economic costs of throwing millions of people out of work and millions of students out of school.

Now, three weeks after the United States and other countries took sweeping suppression steps that could last months or more, some public health specialists are exploring a different consequence of the mass shutdown: the thousands of deaths likely to arise unrelated to the disease itself.

The longer the suppression lasts, history shows, the worse such outcomes will be. A surge of unemployment in 1982 cut the life spans of Americans by a collective two to three million years, researchers found. During the last recession, from 2007-2009, the bleak job market helped spike suicide rates in the United States and Europe, claiming the lives of 10,000 more people than prior to the downturn. This time, such effects could be even deeper in the weeks, months and years ahead if, as many business and political leaders are warning, the economy crashes and unemployment skyrockets to historic levels.

Already, there are reports that isolation measures are triggering more domestic violence in some areas. Prolonged school closings are preventing special needs children from receiving treatment and could presage a rise in dropouts and delinquency. Public health centers will lose funding, causing a decline in their services and the health of their communities. A surge in unemployment to 20% – a forecast now common in Western economies – could cause an additional 20,000 suicides in Europe and the United States among those out of work or entering a near-empty job market.

None of this is to downplay the chilling death toll COVID-19 threatens, or to suggest governments shouldn’t aggressively respond to the crisis.

A recent report by researchers from Imperial College London helped set the global lockdown in motion, contending that coronavirus could kill 2 million Americans and 500,000 people in Great Britain unless governments rapidly deployed severe social distancing measures. To truly work, the report said, the suppression effort would need to last, perhaps in an on-again, off-again fashion, for up to 18 months.

In the United States, the White House this week said the final toll could rise to 240,000 dead. States have responded to the dire warnings, and the escalating number of cases revealed each day, by extending stay-at-home shutdowns.

The medical battle against COVID-19 is developing so rapidly that no one knows how it will play out or what the final casualty count will be. But researchers say history shows that responses to a deep and long economic shock, coupled with social distancing, will trigger health impacts of their own, over the short, mid and long term.

Here is a look at some.

Domestic violence programs across the country have cited increases in calls for help, news accounts reported – from Cincinnati to Nashville, Portland, Salt Lake City and statewide in Virginia and Arizona. The YWCA of Northern New Jersey, in another example, told Reuters its domestic violence calls have risen up to 24%.

“There are special populations that are going to have impacts that go way beyond COVID-19,” said Ray-Jones, citing domestic violence victims as one.

Students, parents and teachers all face challenges adjusting to remote learning, as schools nationwide have been closed and online learning has begun.

Some experts are concerned that students at home, especially those living in unstable environments or poverty, will miss more assignments. High school students who miss at least three days a month are seven times more likely to drop out before graduating and, as a result, live nine years less than their peers, according to a Robert Wood Johnson Foundation report.

Among the most vulnerable: the more than 6 million special education students across the United States. Without rigorous schooling and therapy, these students face a lifetime of challenges. 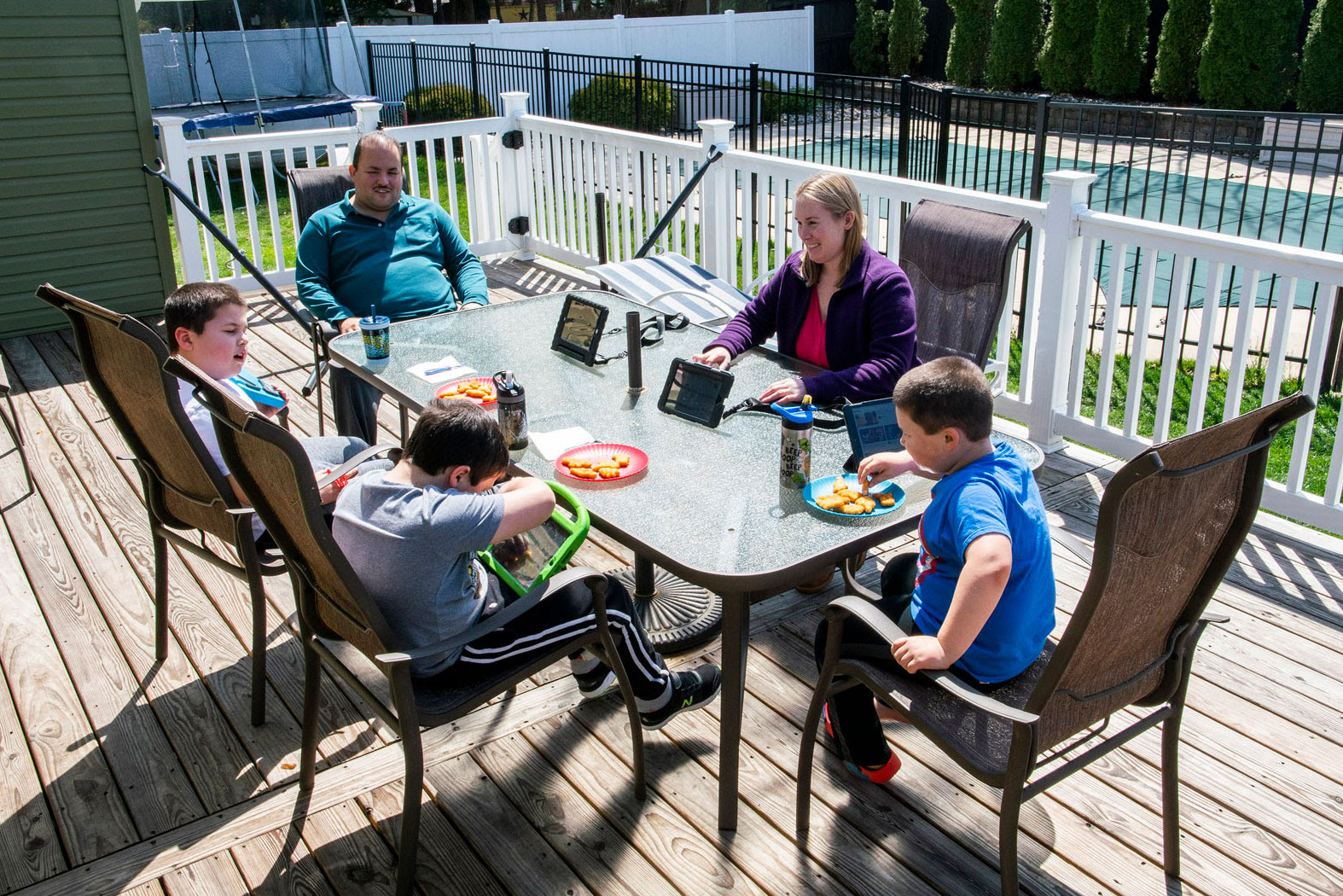 TOGETHER: The Gutierrez family dines in their backyard during a lockdown that has taken the children out of school, forcing home schooling for two autistic sons. REUTERS/Eduardo Munoz

Special needs students “benefit the most from highly structured and customized special education,” said Sharon Vaughn, executive director of the The Meadows Center for Preventing Educational Risk at the University of Texas. “This means that they are the group that are most likely to be significantly impacted by not attending school both in the short and long term.”

In New Jersey, Matawan’s Megan Gutierrez has been overwhelmed with teaching and therapy duties for her two nonverbal autistic sons, eight and 10. She’s worried the boys, who normally work with a team of therapists and teachers, will regress. “For me, keeping those communications skills is huge, because if they don’t, that can lead to behavioral issues where they get frustrated because they can’t communicate,” Gutierrez said.

“Sadly, I think there is a good chance we could see twice as many suicides over the next 24 months than we saw during the early part of the last recession,” Reeves told Reuters. That would be about 20,000 additional dead by suicide in the United States and Europe.

Number of additional suicides in the U.S. and Europe after the last recession

Some researchers caution that suicide rates might not spike so high. The conventional wisdom is that more people will kill themselves amid skyrocketing unemployment, but communities could rally around a national effort to defeat COVID-19 and the rates may not rise, said Anne Case, who researches health economics at Princeton University. “Suicide is hard to predict even in the absence of a crisis of Biblical proportions,” Case said.

This week, the Air Force Academy in Colorado Springs, Colorado, relaxed its strict social isolation policies after the apparent suicides of two cadet seniors in late March, The Gazette, a Colorado Springs newspaper, reported. While juniors, sophomores and freshmen had been sent home, the college seniors were kept isolated in dorms, and some had complained of a prison-like setting. Now, the seniors will be able to leave campus for drive-thru food and congregate in small groups per state guidelines.

Local health departments run programs that treat chronic diseases such as diabetes. They also help prevent childhood lead poisoning and stem the spread of the flu, tuberculosis and rabies. A severe loss of property and sales tax revenue following a wave of business failures will likely cripple these health departments, said Adriane Casalotti, chief of government affairs with the National Association of County and City Health Officials, a nonprofit focused on public health.

After the 2008 recession, local health departments in the U.S. lost 23,000 positions as more than half experienced budget cuts. While it’s become popular to warn against placing economic concerns over health, Casalotti said that, on the front lines of public health, the two are inexorably linked. “What are you going to do when you have no tax base to pull from?” she asked.

Carol Moehrle, director of a public health department that serves five counties in northern Idaho, said her office lost about 40 of its 90 employees amid the last recession. The department had to cut a family planning program that provided birth control to women below the poverty line and a program that tested for and treated sexually transmitted diseases. She worries a depression will cause more harm.

“I honestly don’t think we could be much leaner and still be viable, which is a scary thing to think about,” Moehrle said.

Rises in unemployment during large recessions can set in motion a domino effect of reduced income, additional stress and unhealthy lifestyles. Those setbacks in income and health often mean people die earlier, said Till von Wachter, a University of California Los Angeles professor who researches the impact of job loss. Von Wachter said his research of past surges in unemployment suggests displaced workers could lose, on average, a year and a half of lifespan. If the jobless rate rises to 20%, this could translate into 48 million years of lost human life.

Von Wachter cites measures he believes could mitigate the effects of unemployment. The Coronavirus Aid, Relief, and Economic Security Act approved by the White House last week includes emergency loans to businesses and a short-time compensation program that could encourage employers to keep employees on the payroll.

Young adults entering the job market during the coronavirus suppression may pay an especially high price over the long term.

First-time job hunters seeking work during periods of high unemployment live shorter and unhealthier lives, research shows. An extended freeze of the economy could shorten the lifespan of 6.4 million Americans entering the job market by an average of about two years, said Hannes Schwandt, a health economics researcher at Northwestern University, who conducted the study with von Wachter. This would be 12.8 million years of life lost.

Thousands of college graduates will enter a job market at a time global business is frozen. Jason Gustave, a senior at William Paterson University in New Jersey who will be the first in his family to graduate from college, had a job in physical therapy lined up. Now his licensure exam is postponed and the earliest he could start work is September.

“It all depends on where the economy goes,” he said. “Is there a position still available?” 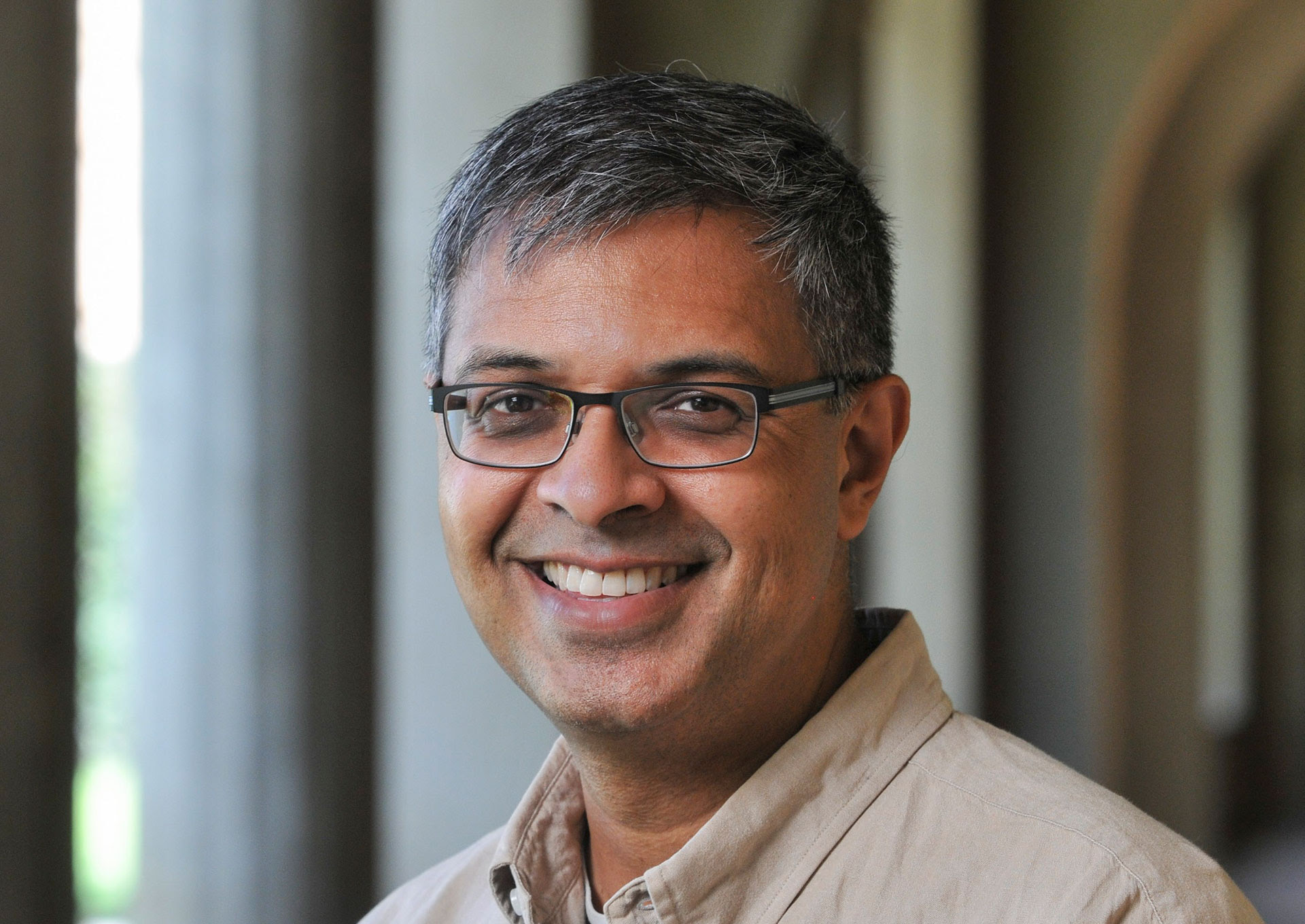 In the weeks ahead, a clearer picture of the disease’s devastation will come into focus, and governments and health specialists will base their fatality estimates on a stronger factual grounding.

As they do, some public health experts say, the government should weigh the costs of the suppression measures taken and consider recalibrating, if necessary.

Dr. Jay Bhattacharya, who researches health policy at Stanford University, said he worries governments worldwide have not yet fully considered the long term health impacts of the impending economic calamity. The coronavirus can kill, he said, but a global depression will, as well. Bhattacharya is among those urging government leaders to carefully consider the complete shutdown of businesses and schools.

“Depressions are deadly for people, poor people especially,” he said.

3 thoughts on “M.B. Pell and Benjamin Lesser, Researchers warn the COVID-19 lockdown will take its own toll on health”