“First we’ve got the population, the world today has 6.8 billion people that’s headed up to 9 billion. Now, if we do a really great job on a new vaccine we could lower that number by 10 or 15%”
*Bill Gates

“The World population should be reduced by 50%. The elderly are useless eaters”
*Henry Kissinger

“It is indispensable to…Utterly exhaust humanity with dissention, hatred, envy, struggle, and even the use of torture by starvation, by inoculation from diseases, and by want so that the Goyim see no other issue than to take refuge in our complete sovereignty in money and in all else”
*Protocols of Zion 10:18

It didn’t take long for the government to turn this Coronavirus into an excuse for our controllers to push their vaccine agenda, throw our economy into recession, attack our freedoms and sooner than later will usher in a cashless, socialist society where all voices disagreeing with the government are stamped out and a medical police state, run by the corrupt CDC and the National Institute of Health, at the direction of Comrade Bill Gates, insuring all good citizens get their mandatory vaccines without a fuss.

The media dutifully stoked fear and panic far beyond the real evidence we could see with our own eyes. Politicians quickly shut down businesses including bars on the day before St. Patrick’s Day, the biggest day for the bar business all year!

Now we are told that we can’t leave our homes until further notice but we aren’t being told how this SARS on steroids started in the first place. The American people seem content to blame China and the US media is more than happy to push that narrative. But is it true?

This Covid-19 was suppose to be a virus from the Bio-Safety Lab (BSL) in Wuhan China, however, Dr. Frank Boyle reported that the cells from this virus came from the Bio-Lab at Ft. Detrick in Maryland, which means our own government’s bio research was involved. All samples are held in the American Type Collection Culture, (ATCC) the world prime biological repository. Boyle adds the virus was designed to infect humans through their airways!

Boyle said, “They know exactly what they’re doing here, It’s weaponized Coronavirus!” He goes on to say that this Bio warfare work was all approved by the Obama Administration’s National Institute Of Health. What did Dr. Anthony Fauci know about all of these enhancements that turned a relatively benign illness into a deadly pandemic? Hasn’t he worked for Mr.Gates in the past?

Their are 14 Bio-Safety Labs (BSL) Labs in the US that receive samples from the ATTC, one outside the US is in Wuhan, and another was at Ft. Detrick until it closed in September of last year. Remember, the Anthrax used in the false flag attacks on Bush Administration officials in 2001 was traced back to Ft. Detrick.

The Coronavirus patient zero in America, according to investigative journalist George Webb, is an armed diplomatic driver for 4 star General and NATO Supreme Commander James Jones named Maatje Benassi. Benassi is a bicycle racer and was in Wuhan participating in the Military Olympics there late last year.

Bio weapons expert Dr. Frank Boyle told Alex Jones that it was scientists that took a Coronavirus and genetically engineered it into other biological Weapons known as Middle Eastern Respiratory (MERS) and Severe Acute Respiratory Syndrome (SARS). They further enhanced it or as Boyle said “they Supercharged” it into what we know as the Bio weapon Covid-19 that is rampaging across America.

Dr. Boyle says he has definitive evidence that a Bio warfare lab at the University North Carolina was the initial catalyst for this virus. The UNC Lab discovered a SARS like cluster of circulating bat Coronaviruses showed potential for human emergence and have been working with the lab in Wuhan. Hmm…That doesn’t sound like an accident me!

Boyle said the Wuhan leak was likely an accident but the virus itself was carefully engineered in a BSL. Dr. Boyle, who drafted the Biological Weapons Act in 1989, said there are 13000 scientists working on Bio weapons in this country at a cost of $120 billion per year. Boyle believes that every BSL lab in the country should be shut down.

The media hasn’t mentioned Bill Gates much since this pandemic started which is odd since the Gates Foundation in association with Johns Hopkins University staged a pandemic simulation of a Coronaviris transferred from pigs to bats to humans named “Event 21” in conjunction with the World Economic Forum, and Johnson and Johnson (Baby powder/Asbestos Class action lawsuit) in which 65 million people eventually die.

*Gates also funds the Pirbright Foundation that holds the patent on the Coronavirus, and he and his globalist pals also fund and control the World Health Organization (WHO) and the National Institute of Health (NIH).

William Engdahl wrote, “There is practically no area of the current Coronavirus pandemic where the footprints of the omnipresent Gates are not to be found. If that is to the good of mankind or grounds to be worried, time will tell.” A lot of people wish Mr. Gates would find a new hobby.

The always excellent Pulitzer Prize Nominated Investigative reporter Jon Rappoport has written that this is a coup, an economic war, and an attack on our freedom. Who can argue differently.

Mike Adams, the Health Ranger wrote an article over 2 years ago titled “Nationwide Civil Unrest Coming…And City Dwellers Are The Least Prepared To Survive It”. Adams had interviewed a high level unnamed government official who described a scenario much like we are experiencing now including, quarantined cities, food shortages, and the acceleration of martial law. Adams is convinced that this outbreak was preplanned and engineered to achieve exactly what’s going on right now.

It was revealed that Israel was working on a bio weapon over 20 years ago that would kill Arabs and not affect the Jewish population and the Defense Advanced Research Project Agency (DARPA) and the US Military have been intensively studying bat-born Coronaviruses for years.

If that isn’t creepy enough, the mainstream media is also ignoring the Rockefeller report that came out 10 years ago. Helen Buynisky with Global Research reports that Rockefeller’s simulation called the “Lockstep Scenario”, describes a Coronavirus like pandemic that results in the imposition of martial law and police state controls on movement, the economy, and other areas of society. Is that where this is headed?

*Every election year we have a new disease going around, were they planned as well? Remember these?

The message our controllers are sending us is they hate our freedoms and want us to be compliant subjects who will do what we’re told. Hardly something to ask of a red blooded American who expects more freedom, not less!

The American people should be asking themselves why these rich men like Bill Gates spend so much time designing viruses that have the potential to kill millions of people and planning a bleak and dystopian future for the rest of us?

Problem-Reaction-Solution is used to frighten the populace until they will accept the governments solution? Fear is a powerful motivator! If they kill enough of us with this planned virus, will the rest of us line up for their new vaccine? Will the vaccine be mandatory?

And what about the dozens of vaccines Mr. Gates and his friends have in the pipeline? Remember the Georgia Guidestone inscription states that they will maintain humanity at 500 million people, meaning our controllers want most of us dead by 2030 and they aren’t sending a lifeboat for you or any of us anytime soon.

The government is hiring Quarantine Officers in dozens of cities across the country, as I write this, you would think the media might ask them about that! Too many of our controllers have been gameplanning for a major pandemic for too long to believe this wasn’t part of their agenda. This viral outbreak may have started in China but it was born in the USA! Until we get a handle on that, what kind of future do any of us have?

*If you’d like to support my work, any contribution no matter how small would be greatly appreciated. Thanks, Pat – PayPal.Me/PatrickJMcShay 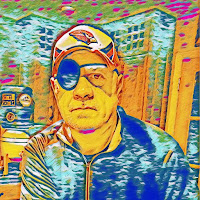