How: Gladio-style Mass Shooting and/or Bombing
and/or Riots Triggered by Agents Provocateurs
and/or Vandalism Perpetrated by Fake Patriots
and/or Shocking Crime Sprees by Crisis Actors
While All of These Are Dramatized and Truth is
Covered Up by the MSM

Why: To Gut the Second Amendment in Virginia,
followed by the Entire Nation

This “Special Report” is being issued to each and every American patriot and gun rights advocate.

First, it’s imperative that every patriot read the following false flag THREAT ASSESSMENT for the Virginia gun rally in Richmond to be held on Monday, January 20th.  This highly authoritative threat assessment was written by “a former Navy seal who really knows the deal”.

RICHMOND: THE MOTHER OF ALL BUFFALO JUMPS

Anyone who was unable to read the preceding article ought to consider the following distillation sent to SOTN by another 2A patriot:

“Anyone showing up in Richmond on January 20th must consider these harsh realities.  First, that the gun-control freaks control the entire Richmond ‘battlefield’.  The globalist perps literally own and operate on every square inch of the Virginia capital.  Secondly, the CIA’s Mockingbird Media will be strategically positioned throughout the rally/protest venue to capture any video and/or photos necessary to falsely indict a patriot protestor.  For all anybody knows, the Mainstream Media already has ‘damning’ photos and video footage fabricated on their propaganda-producing sets in Hollywood and New York City.  Thirdly, the globalists have had a lot of time to set up the Virginia battleground so that the patriots can be effectively neutralized should a false flag attack, or series of attacks, be staged.  Who even knows how many fake patriots will show up as crisis actors ready to act for prime time news coverage?  This kind of black operation goes deep—REAL DEEP!  After all, it’s Deep State that’s overseeing the upcoming psyop, the FBI’s COINTELPRO that’s monitoring every aspect, and the CIA that designed the whole black operation while the MSM covers up all the state-sponsored crimes.  When the time is right, Gladio-trained hitmen will pull the triggers and light the fuses according to plan.  This thing doesn’t look good—AT ALL!”

It’s of paramount importance for every gun rally attendee to understand that the current Richmond context is quite similar to that of Lexington and Concord in 1775.

As a matter of historical fact, which is also conveniently left out of our history books, the irrefutable truth is that the British soldiers showed up that day on April 19, 1775 specifically to confiscate the firearms possessed by all rebelling colonists.  This typical act of British tyranny was nothing short of a draconian gun-grabbing mission that failed miserably.  The rest, as they say, is history … known as the American Revolution.

For an in-depth treatment of this HUGE defining moment in American Revolutionary history, please read the excellent recap below. 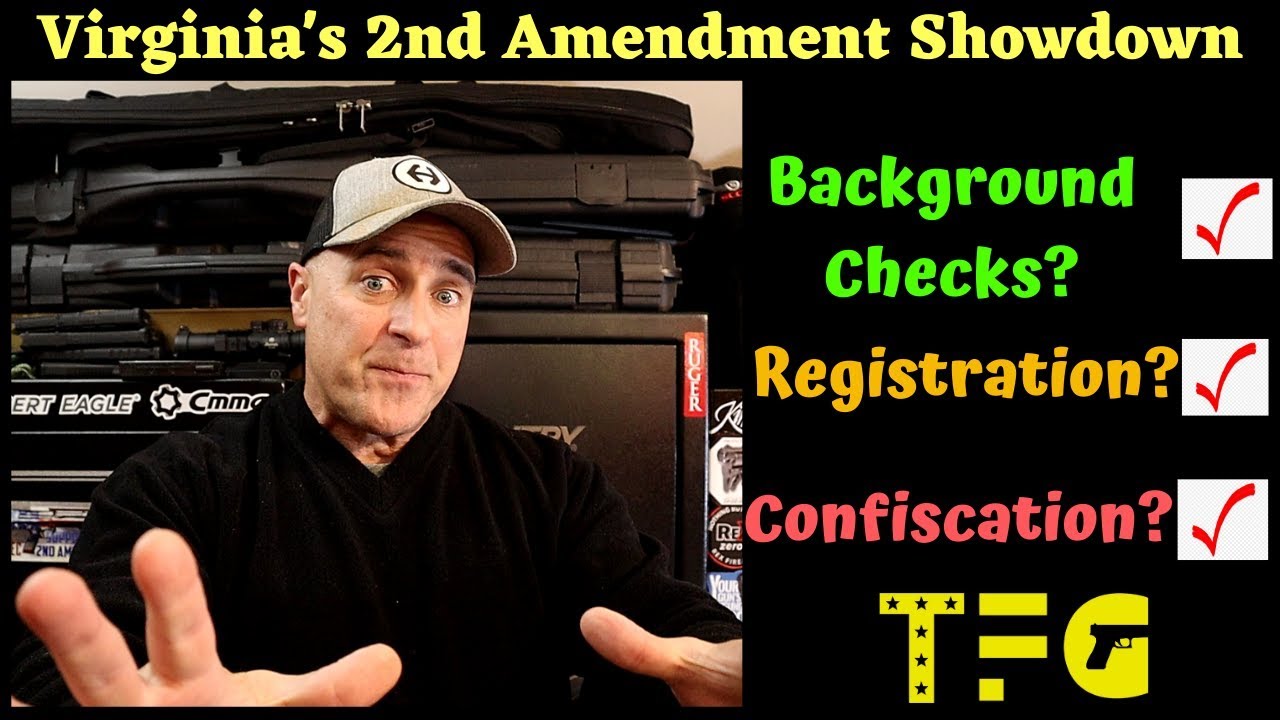 Folks, it doesn’t get more serious than “THE 2020 VIRGINIA SHOWDOWN”.

It’s quite likely that this entire NWO enterprise was undertaken by well-intentioned patriots who were then quickly taken over and/or co-opted by the COINTELPRO G-men.  Even the original idea of the rally was likely planted by the dark side in order to use Virginia as the test case for total gun confiscation.

It’s also quite possible that this particular phase of OPERATION ELIMINATE 2A MOVEMENT — from start to finish — was planned deep in the bowels of CIA headquarters in Langley, Virginia.

For more details on this US government-sponsored operation, please consult the following analysis of the rapidly unfolding Virginia gun grab operation.

There are several reasons why.

First, Virginia is a power state that is contiguous to the nation’s capital.  The New World Order globalist cabal, that controls everything inside the Beltway, can no longer tolerate gun-owners living right next door.  Way too much risk given the profound betrayals of the citizenry being perpetrated by the U.S. Federal Government across the Potomac on a daily basis.

Truly, the perps who domicile in Washington, D.C. are presently scared out of their wits at the prospect of a violent citizen rebellion and/or unprecedented taxpayer revolt.

Why, exactly, is the political class so scared?

The Washington elites also know that the American people are waking up to the extremely dangerous military deployment of 5G and build-out of the Internet of Things.

The power elite also know that the U.S. citizenry is highly aware of the chemical geoengineering of their skies as well as the incessant weather warfare being waged against every state in the union.

Likewise, the globalists know that parents everywhere are waking up to the fact that childhood vaccination programs are literally designed to poison and sicken and chip our precious children.

For a more complete list of only the most serious betrayals and grievances that the American people currently have with the US government, please click on this link: 2020 Outcome Determines the Fate of the Republic — The American People must seize the day or else there will be a….

Citizens’ Indictment in the Works

Perhaps the single most important development regarding this evolving situation in Richmond, Virginia is that it has provided the legal pretext to totally take down the political career criminals and corrupt government officials who are attempting to subvert the U.S. Constitution.

There’s nothing more critical and sacred to upholding “Life, Liberty and the Pursuit of Happiness” than the constitutional right to bear arms.

Therefore, any government or leader, who attempts to strip Americans of that God-given right, is a traitor to the Republic and guilty of treason. Hence, grand juries are being convened and indictments will be issued. As follows:

Accordingly, those traitors along with their countless co-conspirators will be prosecuted to the fullest extent of the law before they are hung for treason in the village squares across America.

We the People will not tolerate such treasonous conduct from anyone operating within the boundaries of this country.  And, if we find them operating in foreign countries to subvert these United States of America or overthrow the government, they will also be dealt with appropriately.

Perilous to the extreme

Every patriot and nationalist, gun rights advocate and gun-owner who shows up in Richmond needs to know that they are literally walking into a trap.  Therefore, the best way to respond to this gun rally is not show up.  In that scenario, only the government agents and crisis actors would be on site.  Then, it will be much easier to protect our own and identify all the on-the-ground perps who were paid crisis actors wages according to this Virginia advertisement that outlines this ongoing operation in stunning detail.

RED ALERT: Call Out for CRISIS ACTORS in Virginia (Video)

It should be recognized that the Left has everything to gain by the coming false flag operation, and virtually nothing to lose; whereas the Right has everything to lose and very little to gain.  In fact, the way this op will go down is such that The Powers That Be will ultimately use the immense fall-out to repeal the Second Amendment.  The establishment really has no choice at this late date.  The jig is up; they know it; and they will take the guns off the street however they can.

In light of these stark realities, the Patriot Movement must resist the impulse to engage in a civil war.  That’s what the globalists have been setting up for years now, especially with the utter lawlessness of the Obama administration.  Even Obama’s fake birth certificate was a fastidiously planned psyop engineered to piss off the Right, which it did. See: Scientific Evidence: Obama Birth Certificate Copy Proven Fake And Forged

The NWO cabal knows that the most effective way to bring down the American Republic is to manufacture enough division so that the populace tears apart their own country.  The best way to accomplish that nefarious objective is to start a civil war.  That’s why “Richmond 2020” represents a stellar opportunity for the globalists to trigger an internal conflict of epic proportions.

Exactly how might they trigger a civil war?  This is how: Illegal Alien from Canada Allegedly Planned Attack at Virginia Gun Rally

Not only that, the perps are also doing this: Who’s really directing these neo-Nazi groups around the Virginia gun rally?

KEY POINT: There are several ways that the Second Amendment is slowly but surely being eviscerated. Here’s just one way the judiciary is being surreptitiously used to remove the guns from the streets: Top Va. Court Upholds Weapons Ban at Gun Rally

This “Special Report” is a work-in-progress and has been posted before completion out of grave concern for what awaits the Patriot Movement in Richmond on January 20, 2020.

This Virginia situation right now is very dynamic, and volatile, and dangerous, and unpredictable, so be sure to check back for important and/or urgent developments.  There will be updates added to this post in the days ahead.  In the meantime:

Lastly, if you received this RED ALERT, please warn everyone you know to: Stay Away from Jan. 20th Richmond Rally—It’s a TRAP! ! !

Many of us in the Patriot Movement recognized many years ago that the typical protest in America during the Third Millennium is a whole different animal.  There are several reasons for this, most of which are self-evident.  One of the main reasons why attending highly organized protests such as the Virginia gun rally is downright dangerous is because of the now routine use of microwave weaponry.  Where it concerns these government attacks on the U.S. citizenry, please understand that YOU DON’T KNOW WHAT YOU DON’T KNOW.   Some of these highly advanced microwave weapon technologies are so harmful and deadly (via delayed reactions) that most folks won’t even know what hit them.  Bottom line: Don’t even think about showing up in Richmond … … … otherwise you’re toast—LITERALLY!  To be continued —

SOS: Call Out for CRISIS ACTORS in Virginia (Video)

The Action Plan that follows is far superior to naively walking into the Virginia gun rally trap: Don’t go to the gun rally in Richmond! Do this instead and really screw ’em up.

LOOK WHAT ROLLED INTO VIRGINIA TODAY—WHAT THE HELL IS THAT?!?!

There will be government snipers stationed on and in every strategic building surrounding the Richmond gun rally! (Video)

Here’s an important video for every Virginian: “Virginia, they’re comin’ for your guns”—BIG TIME! (Video)

Don’t even think about bringing a toy gun or ball to the gun rally. See: No Toy Guns or Balls Allowed Near Virginia Capitol (Video)

Everyone needs to get ready for CHARLOTTESVILLE 2.0. See:  Everything points to another false flag operation just like Charlottesville

For those patriots are not totally aware, there is a  HUGE→ 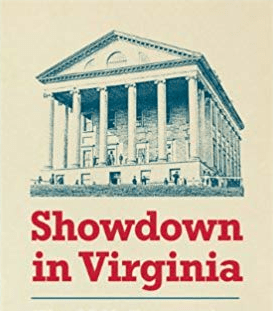 For the uninitiated, many of these black operations and psyops are run out of America’s mortal enemy—Great Britain.  The City of London, home to the Tavistock Institute, along with the Crown Temple, is the headquarters for so many false flag operations that are being executed nonstop in the 50 states.  In point of fact, the British Deep State, is much more powerful and influential on the affairs of the United States of America than the U.S. Deep State.  (See: The Hub of World Evil: The British Deep State)  The memsters and mind-control programmers at Tavistock chose Virginia because of it’s monumental significance in the founding of the American Republic.  The London-based mass mind controllers know that the numerous Founding Fathers in Virginia represented an indomitable countervailing force to the tyranny of the British Crown.  Hence, they are determined to snuff out the American experiment at its source.  This multi-century treacherous conspiracy to destroy the Republic has been operating under the rubric of what has been memed CROWNGATE: THE GREATEST CRIMINAL CONSPIRACY IN U.S. HISTORY. 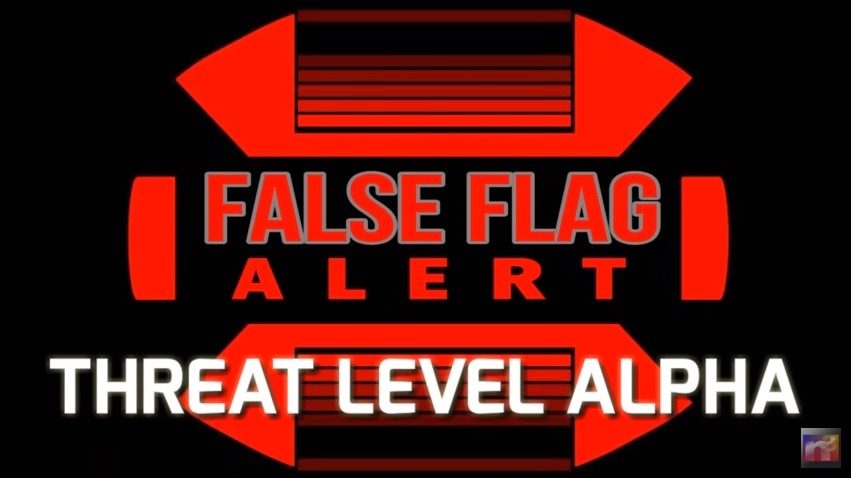 15 thoughts on “OPERATION ELIMINATE 2A MOVEMENT: A Special Report on the Deep State-controlled Virginia Gun Rally”