The Democrats probably never imagined that this effort to remove Donald Trump from office would backfire so spectacularly. Yes, it was always a foregone conclusion that they would be able to impeach Trump in the House, but they were expecting that a majority of the American people would rally around them and that simply has not happened. In fact, we just got some brand new numbers that are incredibly good news for President Trump. As you will see below, public support for impeachment continues to fade, and a brand new survey just found that President Trump would beat all of the major contenders for the Democratic nomination if the 2020 election was held today. 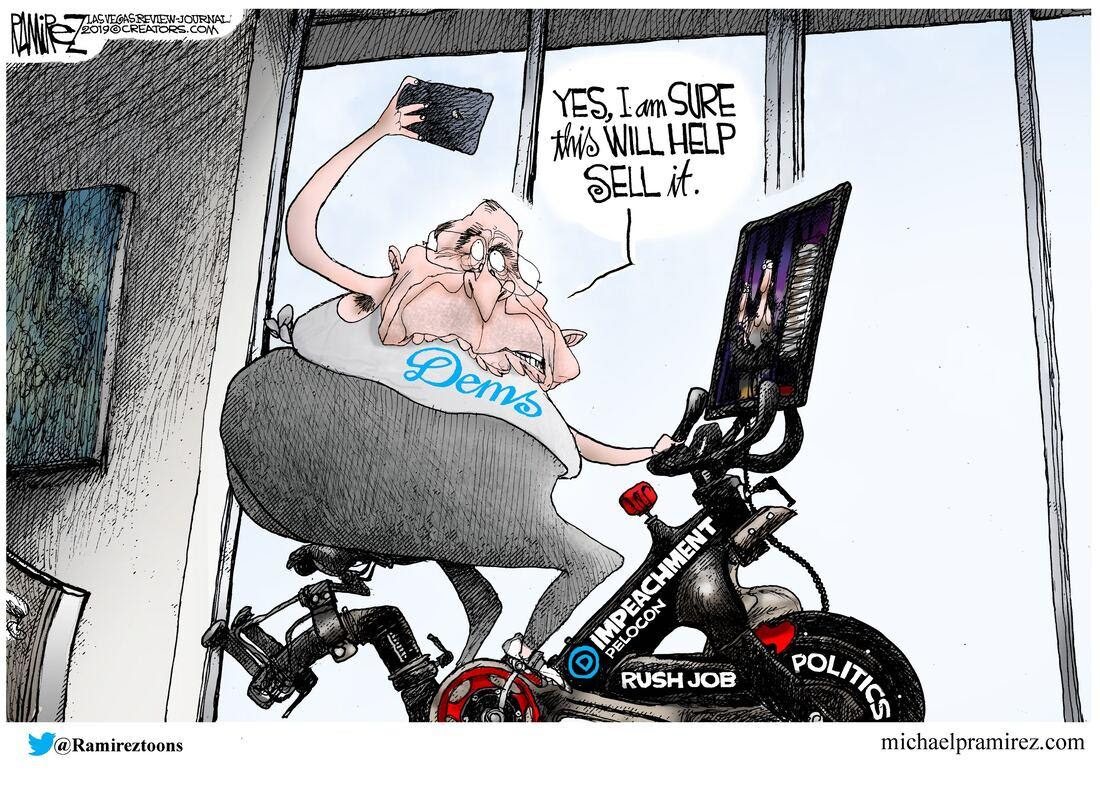 At one time, it appeared that the Democrats were likely to win the 2020 presidential election in a historic landslide, but now thanks to this impeachment debacle the numbers have shifted dramatically in Trump’s favor. And if Trump does ultimately end up winning, the Democrats are going to be kicking themselves for ever going down this road in the first place.

Meanwhile, the heavily slanted and exceedingly bitter coverage of this impeachment process by the mainstream media is deepening the very painful political divisions that have been tearing America apart. This week, there will literally be hundreds of pro-impeachment protests in cities all across the nation, and the anger that we see on the left is rising to a level that is absolutely frightening.

If President Trump does win again in 2020, everyone already knows what is going to happen. Key Democratic leaders and the mainstream media have been stirring the pot day after day, and all of the frustration that they have been fueling will reach a crescendo if Trump is not defeated next November.

In order for any political system to operate successfully, most of the population must be willing to accept the outcomes that system produces. But now we have gotten to the point where a large portion of the population is ready to start burning things down if election results don’t go their way.

If the Democrats truly believed that President Trump did something that warranted impeachment, they should have gone out of their way to make the impeachment process in the House a fair, bipartisan effort. But instead, they alienated their Republican colleagues at every turn, and that was a tragic mistake. After the sham that we just witnessed in the House, Senate Majority Leader Mitch McConnell sees no reason to take an impartial stance in the Senate…

McConnell on Tuesday made clear he’s not interested in giving in to any demands from Democrats. He said that the partisan House impeachment would result in “an almost entirely partisan outcome in the Senate as well.”

“I’m not an impartial juror,” McConnell said. “This is a political process.”

McConnell’s strategy relies on keeping Democratic requests on procedures, documents and witnesses bottled up and maintaining pressure on any wavering Republicans who might agree with Minority Leader Chuck Schumer’s push for more evidence.

Can anyone blame McConnell? If the Democrats had tried very hard to conduct things fairly in the Senate, McConnell would have been forced to at least maintain a pretense of objectivity.

But now all of that is out the window, and the stage has been set for President Trump to potentially turn the Senate trial into his own version of “show and tell”, and many on the left are fearing the worst.

For example, the following is what one USA Today reader is anticipating from the upcoming trial…

President Donald Trump is not satisfied with avoiding conviction in a Senate trial. He wants a spectacle and platform to humiliate the Democrats, former Vice President Joe Biden and Biden’s son, Hunter. If Trump gets his way with Senate Majority Leader Mitch McConnell, a World Wrestling Entertainment event will replace a serious impeachment trial.

After all that Trump has been through in recent months, it is quite understandable that he would be eager to “humiliate the Democrats”.

In particular, I think that Trump is quite keen on telling the whole world about what Joe and Hunter Biden were really up to in Ukraine.

According to a new survey, 62 percent of Americans believe that Trump will be treated fairly in the Senate. And since Republicans control the Senate, things are likely to proceed a whole lot differently than they did in the House. 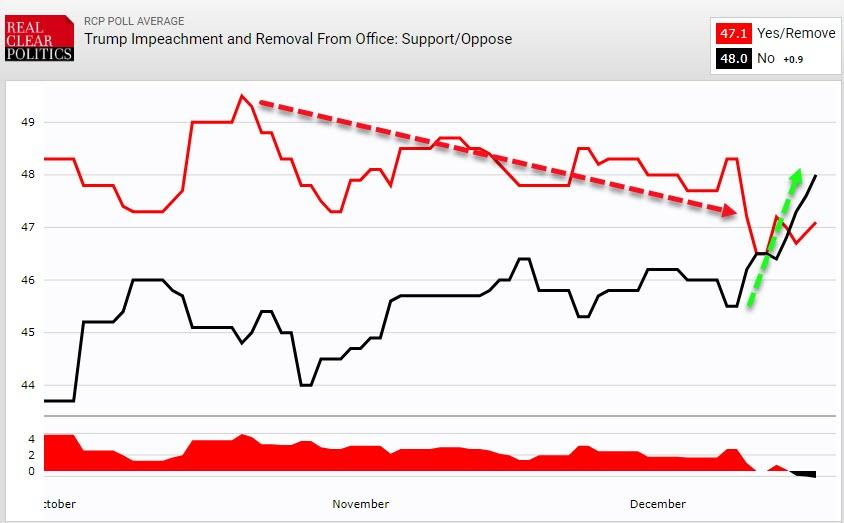 Once the Senate trial begins in January, you might want to grab some popcorn, because it promises to be quite entertaining.

The Democrats were apparently hoping that by tightly controlling the process in the House that they would be able to get the American people on their side. But instead, a CNN poll that was just released found that public support for impeachment has fallen substantially…

A CNN poll released this week, conducted by SSRS December 12-15, among 1,005 adults, found that 45 percent support impeaching the president. That reflects a 5-point drop from November’s results, which showed support for impeachment at 50 percent. 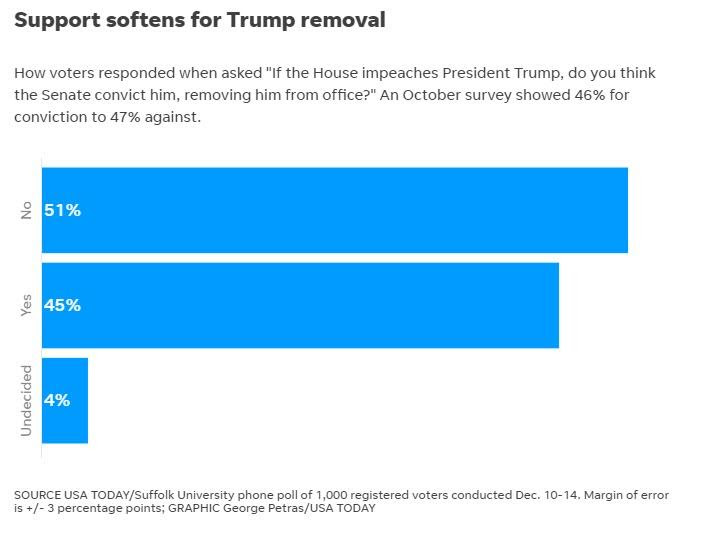 A 13 percent shift in one month among Democrats is absolutely catastrophic for Nancy Pelosi and her minions. 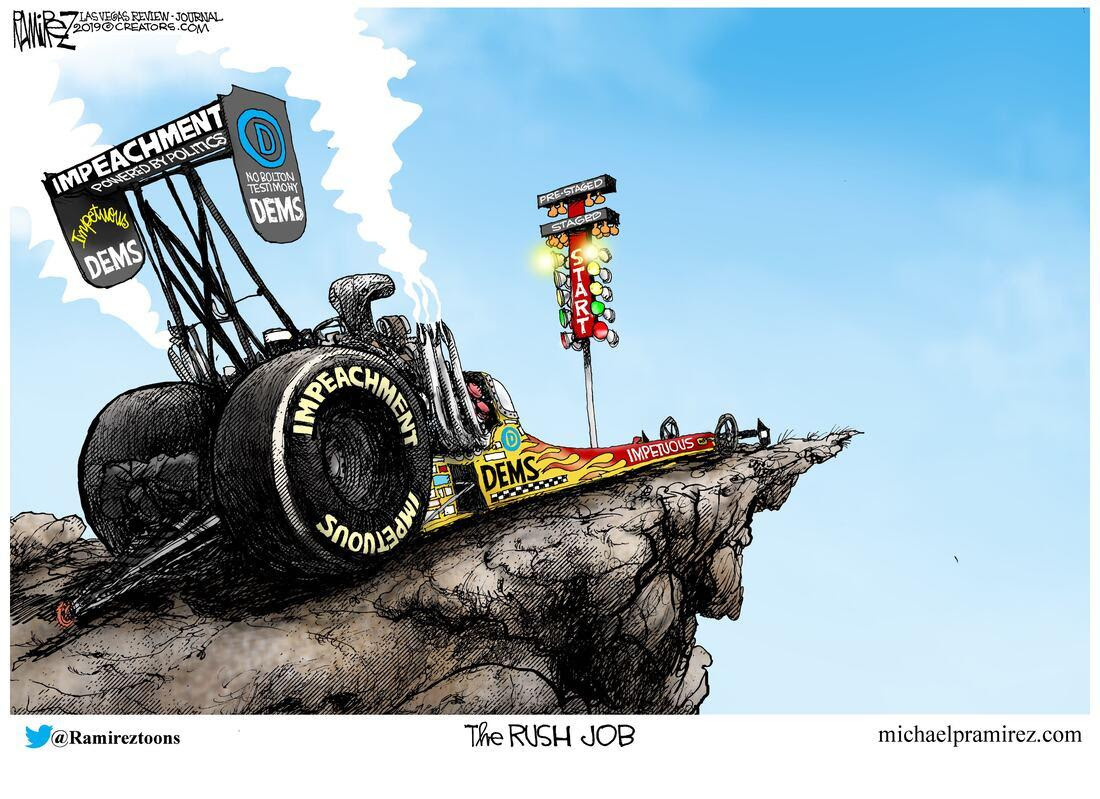 This is a failure of epic proportions, and Pelosi’s political future is looking exceedingly grim at this point.

Meanwhile, things have never looked better for President Trump’s political future. According to another new poll that was just released, Trump would beat every single one of the top contenders for the Democratic nominaton if the election was held today…

But before this impeachment saga ever began, all of the polls showed all of the Democratic contenders defeating Trump quite soundly.

Since it was never likely that Trump would be removed from office by the Republican-controlled Senate, many believed that Pelosi launched this impeachment process as a way to damage Trump and the Republicans for the 2020 election, but if that was her goal she is failing spectacularly.

At one time, it appeared that the 2020 election was potentially going to be a landslide for the Democrats.

You can forget all about that now. By impeaching Trump, the Democrats may have just given him the edge that he needs to win in 2020, and for many on the left that is the worst possible outcome imaginable.

12 thoughts on “Snyder, By Impeaching Trump, Dems are Destroying Our Political System and Their Chances In 2020”