“Joe Biden shook down the Ukrainian Government
and they are trying to cover it up. George Soros dirty
money is all over this”

The Obama Administration has a legacy of treating whistleblowers like criminals. After initially promising “a new level of open government.” Obama then began an 8-year war on whistleblowers. Nancy Soloman, Director of “The Institute For Public Accuracy” said, “The absolute twisted passion with which this administration under Obama’s leadership has pursued whistleblowers is just appalling!”

What Obama really meant to say was he would protect whistleblowers who were ratting out Republicans, but disclosing Democrat wrongdoing was strictly off-limits.

These Democrats are taking a kinder and gentler approach to the whistleblowers who have an ax to grind with President Trump!

Remember the FBI whistleblower, Dennis Cain, who came forward with charges that Barack Obama and Hillary Clinton betrayed our country in the Uranium-One scandal by selling 20% of our country’s Uranium to Russia.

The FBI did a SWAT team raid on his home after he agreed to cooperate. Have we ever gotten to the bottom of that scandal?  No, we have not, which makes it is really irksome to hear that the loathsome former First Lady has weighed in on this matter urging impeachment, especially since the Ukrainian government admitted in a January 2017 letter to helping the Clinton campaign.

Dopey hypocrite Juan Williams with Fox News, who I don’t recall ever coming to the defense of any whistleblowers during Obama’s two terms in office, said today, “given the treatment of this whistleblower, why would any future whistleblower have confidence that they can, in fact, act in the best interest of America and say we want to protect our democracy and our principles?”

*There has not been a single president in my lifetime that has protected whistleblowers!

*Under the law, 3rd party witnesses can’t be whistleblowers!

The double standard and hypocrisy here are palpable!  The public has not heard the extent of Hunter Biden’s involvement in Ukraine or China, and no matter how many times Joe Biden says this is old news, it’s not!

In a nutshell, Adam Schiff and the Democrats want Americans to believe that it was wrong for the President to look into Joe Biden visits to Ukraine, and get to the bottom of how his drug-addicted son, fresh from being kicked out of the Naval Reserves for testing positive for cocaine and in-between visits to drug rehab, somehow found his way to the board of directors of the powerful and corrupt Ukrainian Gas company — Burisma — which paid him $3 million over 16 months. During that time he entered into rehab twice. He must have been invaluable to them.

Vice President Biden later stepped in and had the prosecutor investigating Burisma fired days before he was scheduled to interview Hunter Biden about corruption at Burisma.

Later in 2018, Joe Biden even bragged to reporters about getting the prosecutor in the Burisma corruption case fired by threatening to withhold $3 billion in aid to Ukraine. President Poroshenko did relent and fired the prosecutor days ahead of a scheduled interview with Hunter Biden. John Soloman interviewed the prosecutor who said he was told that he was fired over Joe Biden’s unhappiness with the investigation into Burisma.

I don’t think there is any question that this whistleblower is being directed by the Democrats. Former CIA Analyst Fred Fleitz said the complaint looks like it was written by a team of lawyers.

Fox reported that this individual has been identified as a CIA employee and it’s been reported by the “Federalist” that the whistleblower is being represented by an attorney who has worked for Hillary Clinton and Chuck Schumer, so it’s a real team effort.

*I have no doubt that this whistleblower complaint is a contrived hoax to push impeachment, just like the Jussie Smollet hoax was to be used to attack Trump supporters.

I believe when the truth comes out, we will find that this was orchestrated by the pathological liar Schiff and the rest of the traitors on the Left who are as anxious to get rid of Trump as they are in keeping Joe and Hunter Biden’s clear conflicts of interests and possible criminal activity from American voters.

In today’s hearing, Adam Schiff expressed concern that his whistleblower must be protected. When did Mr. Schiff become so concerned about whistleblowers; he showed no such concern for them when Obama was president? I know why he doesn’t want his name to get out!

To me, this latest whistleblower complaint appears to be completely manufactured by Schiff and his pals in the intelligence agencies. Did this information really come from a whistleblower or is Schiff being fed information from Trump-hating holdovers at the NSA?

It came out a few weeks ago that listening devices were found in and around the White House. No word yet on who was behind that?

*I think it is obvious that Trump is still under surveillance by deep state operatives at the CIA, NSA and the FBI!

Few are challenging Schiff’s characterization of Trump’s conversation with Ukrainian President Zelensky and the accusation that Trump was digging for dirt about a political opponent.

The Dems didn’t expect Trump to release the transcript and they look really silly now since the transcript of the actual call didn’t match the description of the 3rd party whistleblower nonsense of something he didn’t hear. Shame on the Democrats for this; this will assure a Trump landslide in 2020!

Trump knows about the Bidens conflicts of interest in Ukraine and is getting to the bottom of the Biden’s criminality. He is also trying to get his hands on CrowdStrike’s server. It’s clear the Democrats do not want a real investigation into the Bidens or the Ukraine?

To buy Schiff’s and the Democrats ridiculous theory, you would have to first believe that Joe Biden poses a threat to candidate Trump in 2020 and I don’t believe any serious person believes that.

If you read the whistleblower’s complaint, and then read the transcript, the complaint’s exaggerated accusations and urgency are not reflected in the reality of what is in the transcript of the president’s call.

Schiff keeps saying how credible the whistleblower is, but is he? This was after all a 3rd-party complaint from someone who used leaked information. Again, I believe they are listening in on Trump’s calls.

There were questions today about why Trump would have Rudy Giuliani involved in this case and Giuliani answered that on Fox News last night when he told Laura Ingraham that they didn’t trust the FBI to handle it.

Giuliani told Ingraham that the Ukraine had tried to give the information to the US but it was being blocked by the FBI. Trump has good reason not to trust any of the intelligence agencies!

Giuliani also hoped to get information on “CrowdStrike,” the cybersecurity company that was the lone source that accused the Russians of hacking Hillary Clinton’s and the DNC e-mails.

The DNC refused to allow the FBI to examine the server, so they left. Do you think they would have given Trump the same courtesy? CrowdStrike is owned by Ukrainian Dmitri Alperovitch and there is good reason to believe that the server is in Ukraine. I also see nothing wrong with Trump asking about the server.

We had better hope that there are still more politicians trying to preserve this nation than political traitors and Marxists on the Left trying to tear it apart!

*The so-called Ukraine whistleblower’s lawyers work for a group that offers to pay officials who leak against Trump!

The Department of Justice investigated Trump’s call with President Zelensky and found no wrongdoing, that no crime was committed and that there was no quid pro quo. Biden’s threatening call to Poroshenko to withhold a billion dollars or else, certainly did!

Joe Biden was the point-person for the Obama Administration in two countries–China and Ukraine. In both cases, his son flew with the Vice President to these countries on Air Force One and made million-dollar deals in Ukraine and a billion and a half dollars in deals with the Bank of China. I smell pay-for-play here, Joe?

Remember a few months ago at a campaign stop when dopey Joe said that “China is not a threat”? He mocked Trump for calling China our competitor.

A billion and a half dollars is a lot of money.

Someone should ask Joe and Hunter where all that money went… and leave Trump alone! 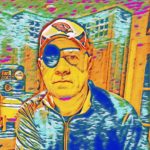 911: The Official Narrative Is Dying

Ralph Seymour on Steve Feinstein, The Rise of Democratic Idiocracy