“Evidence linking these Israeli’s to 9/11 is classified!
I can not tell you about evidence that’s been gathered,
it’s classified information.”

— US official quoted in Carl Cameron’s report on the Israeli spy ring and it’s connections to 911.

The 9/11 attacks are one of America’s historic events that are memorialized each year on the anniversary of the event and no matter how much evidence comes to light to debunk the official narrative, the media liars refuse to report it.

Take the murderers of JFK, Martin Luther King, and Robert F. Kennedy. The evidence that’s surfaced since they were thought guilty by the masses, few should still believe the patsies offered by the government were behind the killings, yet we teach these ridiculous lies to our children. Learning history in America means accepting lies and don’t ask too many questions!

The mainstream media still won’t admit that explosives were planted throughout the buildings on 9/11 including the numerous basement levels, despite testimony from firemen, policemen, World Trade Center workers and people on the streets of New York who all reported hearing dozens of explosions. Why has the media not interviewed these people? Very telling!

New York fireman and first responder that day, Louis Cacchioli, said he told the 911 commission about the bombs going off everywhere in the buildings and said they treated him like a suspect!

He said it appeared investigators had already made up their minds about what happened and refused to entertain anything that deviated from that narrative. That included explosives! None of the witness testimony concerning explosives including Cacchioli’s was included in the 9/11 Commission Report.

Commission investigators served as filters for the truth and blocked anything that deviated from the government’s narrative of a terrorist in a cave directing pilots to hit buildings, because as George Bush “The Dumber” said, “They hate our freedoms”.

There is a mountain of evidence that completely destroys every single aspect of the government’s official story, not least of which is the latest scientific 4-year study into the 6.6-second free-fall collapse of the 47 story Trade Tower 7 that a NIST investigation/ cover-up ludicrously concluded was caused by scattered office fires.

*They concluded the only way building 7 could have collapsed the way it did was through the use of explosives!

Anyone who followed how the Bush administration operated in the lead up to the invasion of Iraq can see a familiar pattern with the way the 9/11 investigation was handled. When it became obvious that there were no weapons of mass destruction and network pundits began speaking out, they started disappearing from cable news.

Sean “No Bomb” Hannity began attacking anyone on his show that mentioned bombs in the buildings.  Bill O’Reilly said, now that the war has started he didn’t want to hear any more anti-war talk.

Phil Donahue, the anti-war TV host who had a highly rated show on the war-loving network MSNBC was unceremoniously fired before he could start taking apart the mountain of lies flowing from the Bush propaganda machine.

Like Mueller’s Russia collusion Special Counsel investigation, the FBI under Robert Mueller ran the cover-up after 9/11 as well. Mueller was named FBI Director on 9-4-2001, just one week before the 9/11 attacks.

*Congressman Curt Weldon accused the 9/11 commission of a cover-up on the floor of Congress, and the media did such a good job of covering up the facts of the case that 18 years after the attacks many Americans have never heard of the free-fall collapse of the 47-story building 7, much less the destruction of building 6.

Building 7 didn’t collapse until 5:20 the afternoon of 9/11, but strangely, the BBC and CNN both reported the collapse 25 minutes before it happened. Firefighters on the ground were warning people that building 7 was about to come down, but how could anyone possibly know that? No steel-framed high-rise building had ever collapsed due to fire…until 9/11!

Whoever told those firemen that building 7 could be coming down knew the building was loaded with explosives and should be a suspect. Who was it?

FBI translator Sibel Edmonds became the most gagged woman in US history when she testified that she found documents that revealed that the US knew that Al Qaeda would attack American cities.  Edmonds said she gave the commission specific information including investigation file numbers, names of investigators, targets, dates, and individuals involved.

Despite the fact that all of the evidence provided by Edmonds checked out, the 9/11 Commission decided her testimony proving a deceitful FBI and government cover-up wasn’t important enough for the American people to hear about. Sibel Edmonds wasn’t mentioned in the final 9/11 report at all!

Minneapolis FBI agent and 9/11 whistleblower, Colleen Rowley, said that agents in her office became so frustrated with interference from her superiors that they joked that FBI headquarters was becoming an “unwitting accomplice” to Osama bin Laden’s attempt to attack the United States.

Susan Lindauer was a high-level CIA asset that was working on negotiations with Saddam Hussein to stop the march to war with Iraq. For what it’s worth, she didn’t believe that Iraq had weapons of mass destruction and told the Bush administration so. It made no difference.

After 9/11. Lindauer met with John McCain and told him of her concerns. A week later she was SWAT-teamed, arrested, and held under the new Patriot Act for 10 months and had a gag order placed on her for years.

*The truth is the last thing that our controllers want us to hear about 9/11!

Just prior to the 9/11 attacks, an extremely organized Israeli spy ring and phone-tapping operation were found to be operating in the US and hundreds of Israelis were involved. They targeted military bases among other sensitive locations. Carl Cameron did a 4-part series on Fox News in 2003 that was shown once and taken down from their site.

Most Americans are unaware that Israel receives all of the raw data that is collected, mostly illegally, from the NSA on every US citizens, and in 2001 through an Israeli company named Comverse Infosys, could tap into most phone systems in America.

According to a US Army War College report in 2000, no country spies on America more aggressively than the Israelis. All 9/11 roads lead to Israel.

Today a story broke in Politico that listening devices have been found at strategic locations around the White House. An FBI report has blamed the Israelis for placing the surveillance equipment. Bibi Netanyahu, of course, has denied any involvement.

In a recent Real News poll on 9/11, they asked: Who was the chief architect behind the 2001 destruction of World Trade Towers?

In a new twist, New York City Fire Commissioners are demanding a new investigation citing overwhelming evidence that there were pre-planted explosives in the buildings.

Pre-planted explosives indicate that this was way more sophisticated than some dopey Saudi’s with box cutters; these terrorists had access.

Bingo! George Bush’s uncle, Wirt Walker, was the Chairman of the Board of Securacom, the company that had the security contract for the Twin Tower Complex. His brother Marvin was also on the board. Why do you suppose no one knows that?

Dr. Alan Sabrosky was the Director of Studies at the Army War College in 2001 and he says he is 100% certain that Israel was behind 9/11. He also says that many of his peers believe the same. At this point, it is unconscionable that anyone in this country still believes that Osama bin Laden and a ragtag group of hard-partying fake jihadists were behind 9/11.

The poll shows that 76% of those polled believe the U.S. and Israel were behind the attacks. Those people aren’t getting their information on Fox or CNN, they are getting their news from sites that Google is trying to ban. Trump needs to stop talking and actually do something about Google’s monopoly and censorship.

Our controllers do the most damage to us when we are distracted and misinformed! Weak minds following an evil agenda have been a disaster for our country and have brought us where we are today. We are at a major crossroad.

If Trump doesn’t declassify all of the documents in the DOJ and FBI scandal immediately and send some of these traitors to prison, he will lose a lot of support. If he doesn’t do something about tech censorship and shadow-banning, he will lose even more support. And if he doesn’t do something about election integrity in this country, none of that will matter because they will steal 2020 from him for sure.

Other Articles by Patrick J. McShay: 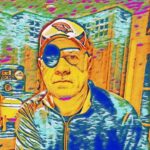 Mario Loyola, Abuse of Power Is a Dangerous Standard for Democrats to Play With

Jim Fetzer, Why the Impeachment Trial may Come to an Abrupt End

Mario Loyola, Abuse of Power Is a Dangerous Standard for Democrats to Play With

Jim Fetzer, Why the Impeachment Trial may Come to an Abrupt End