Former US Vice President Joe Biden said he would enter the 2020 US Presidential race becoming one of the 24 Democratic candidates who have enlisted to challenge Trump. Recently the former VP reversed his position on the so-called Hyde Amendment, which prohibits federal funds being used for abortions.

Scott Bennett, a political analyst and former US Army officer said that Biden’s  reversal on abortion will be viewed as a selfish political calculation rather than a honest meditative analysis of the issue.

Sputnik: Former US vice president Joe Biden, a devout Catholic, has abruptly dropped support for the 40-year-old Hyde amendment, which prohibits the use of federal funding for abortions, claiming that it’s ‘discriminatory’. What do you think of the timing of this move?

Scott Bennett: Joe Biden is doing this “political reversal” not out of genuine philosophical maturization or intellectual clarity, but out of political-expediency and simply to remain relevant and consistent with the extreme leftist Democrats who are competing with him for the nomination to be the candidate for President and run against Donald Trump (who is unapologetically pro-life, as is the Republican party). However I think this is a political-miscalculation and will position him well beyond the political tolerances of the average American citizen-as well as every religious community and institution in America.

It is important to recognise that in the eyes of most American Catholics, as well as in accordance with Canon law and the policies of the Vatican, the college of Bishops, and the Pope of the Catholic Church, Joe Biden is in a state of Catholic heresy and rebellion, and he is not considered a “devout catholic”. Because Joe Biden’s political and legal actions relating to “abortion” are in direct contradiction or violation of the Catholic Catechism and church doctrine, he himself is considered to be in a state of “rebellion” against the Catholic Church teachings.

Consequently, Joe Biden is not allowed to receive or participate in Catholic “communion” from Catholic Church officials, which may largely explain Biden’s confused mind and behavioural problems relating to rampant alcoholism, sexual molestation accusations against very young women, financial corruption and abuse of power involving his son’s company in Ukraine, and his record of lying and plagiarising political speeches. This is being exposed now in many media outlets.

Finally, with Biden’s political reversal on abortion and his demand that government collected “taxpayer dollars” be used to pay for any and all services and equipment used in the murdering of unborn children in their mother’s womb, Biden is trying to win the votes of the most extreme voices on the far-left in America.

Of course Biden and the democrats always try and justify abortion-also known as “government allowed murder of U.S. citizens in the womb”-by claiming it is a natural right of the mother to make this decision, at anytime she deems appropriate. In Biden’s America, no consideration of the child or the father or the state is allowed, even though the overwhelming social science data indicates nothing but negative consequences for the woman and the state in general. In short this is a demonstration of moral contradiction and hypocrisy by Biden, designed to win the votes of the most blood-thirsty and fanatically obsessed American citizens that seek endless and limitless abortions, using taxpayer funds and government to execute this agenda.

Sputnik: According to recent polls, Biden is the leader among the Democrat candidates for the upcoming presidential elections. Could this abrupt change of position affect his ratings? How so?

Scott Bennett: Joe Biden is currently the frontrunner for the democrat nomination only because he was Barack Obama’s Vice President, and he is therefore seen as having a certain level of experience and credentials as a politician. Upon closer examination, Biden’s long history in Congress is not necessarily a far-leftist one, but rather somewhat moderate. His reversal on abortion will be seen as nothing more than selfish political calculation, and not honest meditative analysis or careful reflection on the issue. Biden will be viewed by most as simply adapting himself to the whims of the mob, rather then evolving his perspective to a more just or virtuous world-concepts that truly are inconsistent with the democrat mindset, I would say.

Ironically however, Joe Biden may himself destroy his own ability to be appealing to political moderates. By adopting the extremist positions on issues, which the majority of Americans do not accept, Biden is essentially branding himself an extremist in a time that Americans are fearful of extremists–since they have started global terror wars (using false flag attacks and propaganda) and greatly reduced the civil liberties and freedoms which American once enjoyed.

So ironically, if Biden tries to become more leftist and extreme than any other democrat running for the nomination, he may win the nomination and lose the Presidency. Others running against Biden are adopting extremist political policies such as: racial reparations to be imposed on white Americans and paid to black Americans for slavery in the 1800’s; fascist homosexual laws relating to an agenda for social-engineering in America using political-correctness in education to shape children and disintegrate the ideals of the nuclear family, marriage between a man and a woman, and create special rights to surgically alter a person’s sexual identity through gender transition; open-borders, ending immigration restrictions and granting instant voting powers to immigrants in order to pursue the “Kallergi Plan” to bring millions of migrants and refugees from around the world into America to forcibly alter the genetic make-up and culture of American and Europe; the elimination of the right to keep and bear arms, and the draconian restriction of speech through a sycophantic mainstream media.

Sputnik: Will it affect his standing within the party?

Scott Bennett: If Biden tries to define himself as the most extreme, left-wing candidate for the Presidency, he may win the nomination, but lose the general election, since again the vast majority of Americans are more middle-of-the-road oriented, and do not subscribe to the agenda or ideology of the far-left democrat party. Biden may of course win the affections of the most extremist elements in the Democrat party, by appealing to their blood-lust, their desire for both social and religious anarchy and rule of the mob through the crushing authoritarianism of the state-similar to the agenda of the French Revolutionaries in the late 1700’s-but he may lose the general election.

Sputnik: Some Republican candidates such as Mike Pence, Mitchell McConnell, Ted Cruz have previously also changed their stance on some policies and received massive backlash from the mainstream media. However, the media has covered this topic fairly “lightly”. Why is that?

Scott Bennett: The American mainstream media is essentially democrat and leftist in their political affiliations, and fanatically opposed to President Donald Trump and republicans. Hence the reason for the media’s obsessive predilection with the false “Russian election meddling hoax” and refusal to report accurately that not only was this a hoax, but it was indeed a coup d’état against President Trump by former Obama officials working in the Department of Justice, the FBI, the CIA, and the Democrat party.

However with the rise of the internet and international news outlets, Americans are able to access outside information. This is causing the mainstream media in America to lose their credibility and trust in the minds of the American public, as seen in recent public opinion polls and ratings measurements data. Media such as the New York Times, Washington Post, MSNBC, and CNN (branded as ‘fake news’ by Donald Trump) are all losing viewers because of the left-wing bias and hysterical accusations against President Trump.

However most Americans realise this, and intuitively recognise that for all of his flaws and moral failures, the President is successfully navigating the US economy and trying to protect the lives, property, and culture of America. Whereas most democrats are seen as violently opposing the President, and thereby doing more harm to America as a result of their “witch-hunts and hoaxes.”

Sputnik: About twenty potential presidential candidates announced their positions in five-minute speeches in front of several hundred Democratic party leaders in Iowa, but Joe Biden did not attend the event. Can we perceive it as a strategic move? In your opinion, what are the possible reasons behind it?

Scott Bennett: Joe Biden is keeping himself secret right now and measuring the public polls and reactions and devising talking points and calculating the best way to win the nomination, but leave sufficient room to backpedal or change his position as he comes closer to the election in November 2020. However the reality is that most likely the most extremist voice will not be the nominee, and in fact Congresswoman Tulsi Gabbard may win out at the end of the day because she is saying essentially the same things that Donald Trump used to say in the past. Specifically she is saying “Ending the wars in the middle east, and pardoning Julian Assange and Edward Snowden and restraining government from abusing American citizens and violating their rights to privacy”. Donald Trump said this when he was campaigning and it was what won him the nomination for the Republican candidacy. However if he forgets it, it may be what costs him the election in 2020. This is the lesson which Biden may fail to even recognise, never mind learn, because he seems convinced that the only way for him to win is to become as leftist, and extreme, as most of the other candidates-which may not at all be reflective of the average American voter. 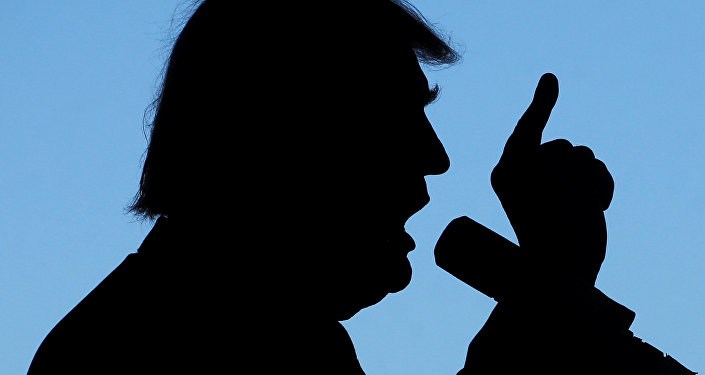 The key issue of the next election will be war. If President Trump does not allow the United States to be lured into a war by his war-mongering advisors such as John Bolton or Mike Pompeo or Netanyahu’s neocon Zionists trying to expand Israel’s geography in the Middle East, and Trump makes peace and positive relations with Iran or Russia or China-or all of them combined-then most likely the American people will select him. However if Joe Biden adopts an agenda of militarism, and US expansion into Venezuela, and Ukraine, and Iran, and China, and begins to sound the war drum and demand that the U.S. pursue a position of global domination through military-conquest, then most likely he will be defeated in the next election.However, if by chance Joe Biden is allowed to be the democrat nominee, and wins the presidency, and his is allowed to pursue this agenda, and initiate an agenda of global conflict, then it is America itself that will most likely be defeated-by a world that is unwilling to allow another nation to fall in the name of regime change democracy.

The views and opinions expressed by the speaker do not necessarily reflect those of Sputnik.

11 thoughts on “Scott Bennett, Biden May Destroy Own Ability to be Appealing to Political Moderates”