US President Donald Trump, his children and the Trump Organisation have filed lawsuits against Deutsche Bank and Capital One over subpoenas from Democratic-led committees in Congress about their links to the family business.

Sputnik: President Trump has filed a legal action against Deutsche Bank and Capital One over subpoenas from Democratic-led committees in Congress about their links to the family business. What can this lawsuit accomplish?

James Fetzer: The Democratic Party suffered a massive political hit with the exoneration of the President from allegations of collusion between Russia and his campaign, which have proven to be baseless. But after over two years of non-stop propaganda promising that the Mueller investigation would lead to his indictment and removal from office, many who became true believers in the fictional narrative are distraught and the party is desperately attempting to recover. Making new allegations of alleged financial improprieties appears to be an effort to regain control of the political narrative and to create a new basis for further attacks upon the candidate who beat Hillary Clinton. 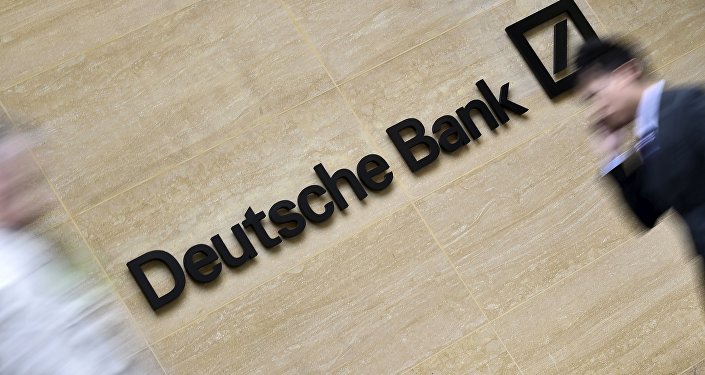 Sputnik: In your view, why is the president undertaking such counteroffensive measures against the move now?

James Fetzer: As an international businessman, Trump depends upon confidentiality as an indispensable element of managing a world-wide enterprise of hotels and other venues, where he has no interest in allowing himself to become the recipient of another Democrat-inspired political ‘witch hunt’. In this instance, there could be substance to these allegations of improper dealings with Deutsche Bank and Capital One, but any reasonable observer has to suspect this is another left-wing attempt to undermine an administration that has been extremely successful by economic and other measures, including appointing two new Justices on the Supreme Court. He’s determined to fight it.

Sputnik: Deutsche Bank has already said that they remain “committed to providing appropriate information to all authorised investigations and will abide by a court order regarding such investigations”. In your view, how legal is this?

James Fetzer: The law provides processes and procedures for obtaining documents and records from financial institutions with the approval of duly constituted authorities, in particular, on the basis of subpoenas approved by the appropriate courts. That, no doubt, will take place here because the target of the investigation has such a prominent position as the President of the United States. It is difficult to ignore the fact that equally prominent figures in the Democrat Partyic have not bee subjected to high-profile scrutiny, especially Hillary Clinton, who ran a pay-to-play operation on behalf of the Clinton Foundation as Secretary of State, which Wayne Madsen and others have documented.

Sputnik: In your opinion, who would benefit from thoroughly checking every aspect of Trump’s personal finances?

James Fetzer: The appointment of a Special Counsel to investigate Trump and his campaign was conducted in violation of the protocols of the Department of Justice, which require the specification of a crime that has been committed prior to appointment. What was taking place, however, was a counter-intelligence investigation, which was technically under the direction of the President himself. Since there was no crime to investigate, there was no justification for the appointment to begin with. Moreover, as Trump himself has observed (in a brilliant tweet), how can he be held responsible for activities–even if they involved Russia–that took place under the Democrats and Obama?

Sputnik: What is the probability that this investigation will have a negative impact on the Democrats rather than on the Republicans? Why?

James Fetzer:  The public has grown weary of false allegations and empty promises from the Democratic Party, which may or may not move in the direction of impeachment. Mueller’s conclusion of no collusion has had virtually no impact on the GOP base, which stands with Trump, or on the Democrat base, which continues to oppose him; but it does appear to be affecting independents, who are moving in Trump’s direction. If the Democrats do not try to impeach him, they may forfeit public confidence [in the notion] that they stand up for their beliefs. On the other hand, if they do attempt to impeach, when the Senate is staunchly in his corner, it will come across as a waste of time and effort.

Sputnik: What can we suppose about the outcome of this investigation?

James Fetzer: There are already more than 20 candidates vying for the Democratic Party nomination in 2020. With the possible exception of Tulsi Gabbard, none of them appear to have the least chance of defeating a man who has proven himself to be a masterful politician and public-relations genius. While Kamala Harris appears to have been the anointed one to carry the identity-politics message of her party forward, the Jussie Smollett fiasco has done her and others, including Michelle Obama, damage that will endure. This latest move, therefore, has to be understood in the context of a Democrat Party that has lost its way and is grasping after straws to make a case against a man who turns out to be a better politician than anyone expected.

The views and opinion expressed by the speaker do not necessarily reflect those of Sputnik.

10 thoughts on “Sputnik News: Public is “Weary of False Allegations and Empty Promises” from Democrats”