Today a somewhat shocking announcement came out of Chicago where prosecutors decided that they are dropping all charges against Jussie Smollett related to his staged attack early this year.

The news comes as quite a surprise seeing as how the evidence against him was seemingly airtight, including witnesses, confessions by those he hired, and physical evidence that all pointed towards his guilt.

And although many people are upset that Smollett’s wrongdoing is being swept under the rug for political reasons, this is probably just the beginning of a much bigger scandal.

Going back to the early days of the investigation, I wrote an article that suggested Kamala Harris’ connection to Jussie Smollett was much more than just circumstantial in regards to the hoax. In the article it shows what others had been digging up, including Harris sponsoring an anti-lynching bill in Congress. As you may remember, just a day after Smollett went public with his alleged assault story, Kamala Harris took to twitter to call it a “modern day lynching”. Not only that, Harris and Smollett were long time friends, and Smollett has even campaigned with Harris.

But the story gets even more interesting because of Kamala Harris’ connection to Cook County Prosecutor Kim Foxx. Foxx, who would normally oversee the Smollett case abruptly and mysteriously recused herself from the case soon after he was charged. Her reason was as she described an “abundance of caution” and possible contact with witnesses. However, it was later discovered that she had substantial contact with Smollett’s family. A potential prosecutor having contact with Smollett’s family before charges were filed and while police were still investigating is very strange.

As it turns out, Foxx and Harris are close friends. Not only that, Foxx credits Harris as her mentor and the one responsible for her own career. In addition, Harris was part of Foxx’s transition team when she became Cook County Prosecutor. So it would seem Foxx is in debt to Harris and said as much herself.

I’m so excited that @KamalaHarris has decided to run for president. I would not be where I am today without her guidance during my first run for political office, and she has continued to mentor me as I work to reform the criminal justice system in Cook County.  —KF 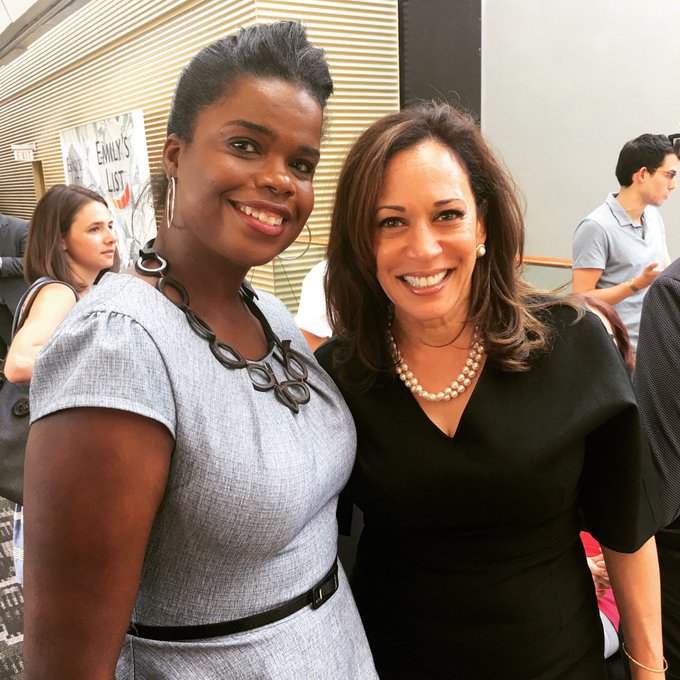 When the charges were first filed against Smollett, I suspected Foxx and Harris were actively trying to quash the investigation. There was no doubt there was a good deal of communication between Harris and Foxx, and as Foxx admitted, with Smollett’s family as well. The fact that today prosecutors have asked a judge to seal the case suggests they want those communications to be kept secret as they would be very damaging to Harris and Foxx. Harris sticking her nose into an investigation in a state where she holds no office would open up countless questions as to what her motives were for doing so. Especially since she was friends with the suspect being investigated.

However, before charges were even filed against Smollett, Foxx and her team were trying to get the case moved to the FBI. This is very significant and it brings up a point I believe many people are missing. It seems the same people who have now dropped the charges against Smollett and asked the case to be sealed are the same ones who asked for the FBI to handle the case. The same people with close ties and communication with Harris. This suggests that they knew once the case was in the hands of the FBI, they could make it go away. Someone in that circle of Foxx and Harris believed that they had an “in” with the FBI and sending the investigation there could make it go away.

If Foxx’s team ultimately dropped the charges against Smollett, that suggests they always wanted this case to go away and the details to be hidden away forever. If they felt the FBI was going to do an honest investigation, there is no reason they would want it handed over to them as they already knew the evidence against Smollett was very solid. The only reason they would have wanted things moved to the FBI is because Harris advised them that the FBI could make it “go away”.

Going back to Foxx’s recusal, I suggested the reason was because she didn’t want to become part of the case. Her contact with Harris was going to be brought up by Smollett’s high-dollar legal team as a defense. Even in the early days, Smollett’s legal team was suggesting their whole defense was going to be based around the procedures of the investigation. This means everybody, including Foxx and her communications were going to be brought to light in open court. Foxx recused herself as an early attempt to avoid her communication with Harris, and possibly other higher-ups in the Democratic party from becoming public.

As the case went on, they started to realize there was no way they could go to trial and not have their backdoor communication to protect Smollett come out. So they decided the best bet was to drop the charges and fight to have the entire case sealed.

We must also look at Smollett himself. He is neither wealthy enough nor famous enough to have used his position or wealth to have 16 felony charges dropped and expunged from his record before even going to trial. Some in the media are trying to portray this as a case of two systems of justice, one for the rich and one for the rest of us. However, Smollett is not a part of that elite group who can circumvent the judicial system, he simply isn’t rich or famous enough. The only explanation is that someone higher up is being protected here, and that someone is most likely Kamala Harris. Harris appears to be the DNC golden child in the upcoming 2020 election and her ties to Smollett can be damaging. Not only that, Cook County Prosecutor Kim Foxx was contacted by former First Lady Michelle Obama’s chief of staff Tina Tchen to offer “advice” on how to handle the Smollett case. So here we have evidence of highly connected members of the Democratic party actively engaging in trying to steer the Smollett investigation while it was ongoing.

Based on social media reaction, a majority of Americans seem angry at what transpired today in regards to the Smollett case. But I feel this isn’t the end of the story at all, and in fact it’s just the beginning of something much bigger.