Breaking News
Judicial Watch, Most of Facebook Censorship Board Has Ties to Leftwing Billionaire George Soros
Alex Scott, Have “The Powers that Be” Just Staged a  False Flag to Foment a Race War across America?
Michael Snyder, A Lot More Rioting, Looting and Civil Unrest as the U.S. Economy Continues to Crumble
Robert David Steele, Has Wall Street Stolen $100 Trillion from the American Public? Will Donald Trump Get It Back?
Brandon Smith, The Economic “Reopening” is a Fake Out
03 Jun, 2020
Skip to content

US transgender troops have testified before Congress against President Donald Trump’s ban on their inclusion in the military. In January the US Supreme Court allowed Trump’s transgender military ban to go into effect.

Sputnik has discussed the issue with James Fetzer, a former Mraine Corps officer and Professor Emeritus at University of Minnesota.

Sputnik: In your view how would President Trump’s ban on transgender people in the army affect the US military?

James Fetzer: As a former Marine Corps commissioned officer, I believe that the consequences would be relatively modest, that this is a political issue. 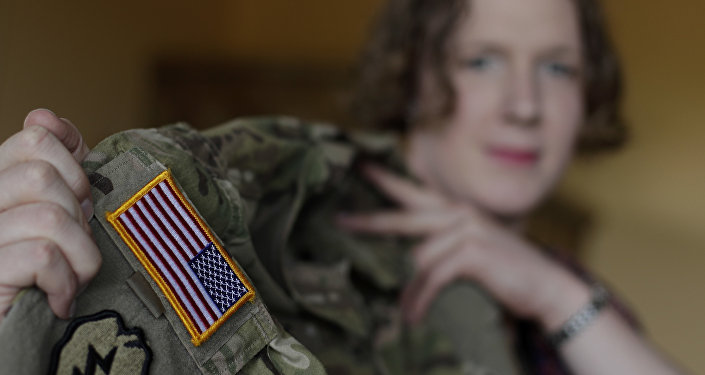 Sputnik: Why was the decision to provide medical and psychological treatment to transgender individuals in the army taken in the US in the first place?

James Fetzer: Well the Obama administration was very deeply involved in the transgender and gay movement and community. It’s a complex issues about which the American people themselves do not have a clear understanding, but they themselves were deeply involved.

Joan Rivers, for example, the American comedian, observed that Obama was the first gay president and that Michelle was herself a transgender, which was in fact, I think, the reason why they moved aggressively to promote the idea of transgenders or gays serving in the military and opposed the policy heretofore, ‘don’t talk about it, don’t say,’ which worked well enough, but where they wanted to go further.

The Democratic Party has now become very much the party of transgender and gay rights along with identity politics where they emphasise issues of gender, issues of race, and to a lesser degree issues of religion, but where that has become central to democratic politics today.

Sputnik: How did the army benefit from this policy exactly?

James Fetzer: The American Armed Forces have received only relatively minimal benefit from having transgenders or gays openly serving in the military, and that’s because they have plenty of conscripts, there are plenty of members that serve; this was adding therefore only modestly to their numbers. It is because of political issues that the Democrats have move forward with it.

In fact, given the collapse of the Russian hacking allegations, where it turns out that there was in fact no collusion between Donald Trump and Russia, the benefits have been purely political and now the Democrats are out to make Trump out to be some kind of mobster and a racist which I think is going to be very difficult to sell to the American people.

He’s had a long history of good race relations in New York City and, in fact, it turns out that he had even received a humanitarian award, he got the Ellis Island Medal of Honour in 1986 for his patriotism, tolerance, brotherhood and diversity along with Muhammad Ali and Rosa Parks. So it’s going to be a tough case to make but that’s the case the Democrats want to make.

Sputnik: So is it likely to make the army service less attractive for many in the US?

James Fetzer: Well obviously if there is a ban on transgenders that will lessen the opportunity for transgenders to serve in the military, that’s the obvious consequence. It gives an issue to the Democrats to campaign against the present President as though he was anti-transgender and somehow homophobic, which I do not believe to be the case.

And indeed the Democrats have gone so far as to actually fabricate incidents that are going to give them or they thought were going to give them political ammunition against Trump. For example, the Jussie Smollett case in Chicago recently, where this actor for the television show ‘Empire’ claimed to have been attacked by two men that about 2 am in the morning in freezing weather turns out it to have been completely contrived.The two men who attacked him were not white, they were black, one was an extra on the set and the other was a former personal trainer for Jussie Smollett. He had orchestrated the whole event with a script, where they were carrying a bottle of bleach they allegedly threw on him, but it would have been frozen solid in that temperature, besides who is going to be out at 2am in the morning carrying a bottle of bleach looking for a gay black actor to attack. The whole story was absurd, but the Democrats thought they had something that was going to give emphasis to their campaign that portrays Trump as a racist and now, of course, with Michael Cohen’s testimony, a mobster.

Sputnik: Why in your opinion did the Supreme Court rule to uphold the modified ban on gender dysphoria policy?

James Fetzer: Well the Supreme Court, I think, would recognize the role of the commander-in-chief of the military to determine what would be best for the military. Frankly, my own experience as a Marine Corps officer would reinforce the idea that, for example, having women who are transgenders in combat is a very bad idea. The military is not a group of very sophisticated individuals.

Transgender issues are not something they easily understand, that’s much more appropriate for sophisticates in New York and ultra-liberal groups than it is for members of the American military, particularly in combat situations it’s a bad idea to have the genders mixed because in the military, the soldier’s mind is likely to be on sex instead of on combat.

So I believe myself that women in combat roles or transgenders for that matter is a bad idea, that it would be acceptable for them to be involved in logistics or administrative support but, with the Supreme Court I believe its deferred here, and appropriately so, to the views of the military in this matter and the President’s role as commander-in-chief.

Sputnik: Financially has the US military benefited from the ban of transgender service personnel?

James Fetzer: Well of course it’s expensive to have transgender operations. I’ve noticed calculations recently that it would run between $1 and $2 million for having the service personnel undergo sex-change operations, and that’s a drop in the bucket in relation to the American military budget.

On the other hand, I think it’s a perfectly reasonable question whether the military ought to be performing the surgeries of this kind on behalf of soldiers. I think that’s a very difficult issue to sort out, and I believe the American taxpayers would be very divided on this issue. Once again, the decisions in this particular case are really basically political rather than military.

I don’t believe it is a significant issue overall in relation to the military budget, but I respect the court’s recognition that the military has the right to decide these issues and particularly the crucial role of the commander-in-chief.

Views and opinions expressed in this article are those of James Fetzer and do not necessarily reflect those of Sputnik.