Many of you are arriving too late to join other activities beginning Thurs. AM, so we have arranged to expand the conference to include Thurs. PM.

(SCHEDULE SUBJECT TO CHANGE) NOTE: sign up for $25 buffet lunch ASAP, to save time, miss nothing! Also, last chance to get on the waiting list for the Speakers’ Dinner in case of no-shows (this event always sells out – $55 AT THE DOOR, IF a cancellation occurs.  Dress: smart casual)=== 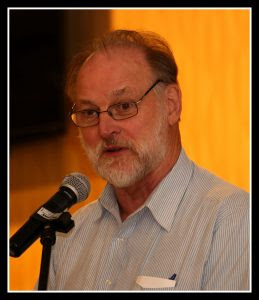 Preparation for Speakers’ Dinner
6:45:  The Dinner’s Buffet Lines Open/Seating/
For $15 at the door, diners can purchase vouchers worth $25 for wine, beer, etc. at the service bar.
Tables are numbered.
7:25 – 9:30:  SPEAKERS’ DINNER: EVENTS

====For those not attending the Speakers’ Dinner====

NOV. 19: MONDAY: (eat a brunch!) 11:00 – 5:00 PM: Witness-Informed Tour with Judyth Vary Baker, of Dallas & Oak Cliff Historical Sites Associated with the Kennedy Assassination and Lee Harvey Oswald. See not only safe houses and the usual sites others will point out, but also, we’ll visit some unusual places, such as where Lee, Marina & little June had a picnic at a lake, after which Lee began fishing. It was here that Ruth Paine claimed to “accidentally” meet Lee and his wife, at which time Paine arranged for Marina to stay with her, while Lee would go on to New Orleans! See the site and decide for yourself if this meeting was “accidental” as she claimed.  $45, in a van, limited to 8 people: this event WILL sell out, so secure your seat soon to jfkconference@yahoo.com. Mark the payment: TOUR.

==HELP SUPPORT THE TRADITIONAL JFK REMEMBRANCE CEREMONY &  MOMENT OF SILENCE, TO BE HELD IN DEALEY PLAZA AT THE GRASSY KNOLL, ON THANKSGIVING DAY!==

Meet Robert Groden, Beverly Oliver, Peter Hymans, and Judyth Vary Baker at the Grassy Knoll  11:30 – 2:00. This important ceremony is to be held 4 days after the conference, on Thanksgiving Day this year. That’s a lot of extra hotel rooms, so we seek  contributions to cover these extra hotel costs . YOUR HELP is appreciated! Give to: jfkconference@yahoo.com thru PAYPAL!