The fire hose of fake news from the establishment media this week on the issue of illegal immigrant families separated at the border is designed to mislead the American people — and to distract from Trump’s recent successes.

David Martosko✔@dmartosko
Political journalism needs a bit of housecleaning on this child border crisis. I’ll start. It was going on during the Obama years in large numbers. I never wrote about it. Was completely unaware, in large part because few reporters were interested enough to create critical mass.
10:31 PM – Jun 17, 2018

David Martosko✔@dmartosko
17 Jun
Political journalism needs a bit of housecleaning on this child border crisis. I’ll start. It was going on during the Obama years in large numbers. I never wrote about it. Was completely unaware, in large part because few reporters were interested enough to create critical mass.

David Martosko✔@dmartosko
To my colleagues out there chasing Pulitzers over this: Why didn’t today’s critical mass form when we were looking at unaccompanied minors by the tens of thousands in 2014. Why didn’t those kids matter as much as these? Few of us chased those stories down with any vigor.
10:36 PM – Jun 17, 2018

Twitter Ads info and privacy
The only reason the media suddenly came to care about family separation is as a means to fabricate a controversy, as a tactic to distract voters from three legitimate news stories from last week that benefit Trump: 1) our economy is booming,  2) Trump had a successful summit with North Korea, and 3) the Inspector General report exposed James Comey’s FBI as a swamp of corruption out to exonerate Hillary Clinton and frame Trump.
Obviously, we cannot have children living in adult detention centers. Obviously, we cannot have adults living in child detention centers. Therefore, the only way to “reunite” these families is to release these illegals into our country.
The media will not tell you this because the media do not want you to know that flooding America with non-citizens is their true agenda. The rich and powerful love to exploit and abuse these individuals, as they can leverage their immigration status for illegally low wages, and politicians are salivating at the chance to bestow voting rights on them — and thus entrench their power.
But when you hear the media call for these families to be reunited, remember that is coded language that means only one thing: releasing illegal aliens into our country with nothing more than a court summons.
The media do not want to inform Americans of one crucial fact: the dangers inherent in crossing the border from Mexico into America, most especially the dangers faced by minor children.  Sadly, these dangers too often involve sexual abuse.
Decent people who truly care about these children, like President Trump, want to do everything in their power to end this abuse — either by building a wall, or through this zero tolerance policy that will hopefully curb this abusive practice.
Evil people want these children dragged across the border, want this abuse incentivized by “keeping the family unit together,” because  flooding the country with future indebted voters is more important to them than the safety and well-being of small children.
Many people who come to America legally from other countries are separated from family. A big part of America’s LEGAL immigration policy involves family separation when one or two family members come over before the rest are legally or financially able.
And so, once again, we have the media and Democrats demanding special treatment for illegal immigrants that legal immigrants do not enjoy. Once again we are incentivizing lawbreaking and treating the line-jumpers better than those who follow the rules.
Because of “catch and release,” because of this dumb and destructive loophole carved out for families, the number of illegal aliens using children to enter the U.S. increased by 315 percent between October 2017 and February 2018.
Trump understands what is happening and this is why he has moved to a zero tolerance policy.
Anything other than zero tolerance only serves as an incentive for human traffickers and other criminals to use these children as their free pass into America.
Incentivizing such a thing is monstrous: 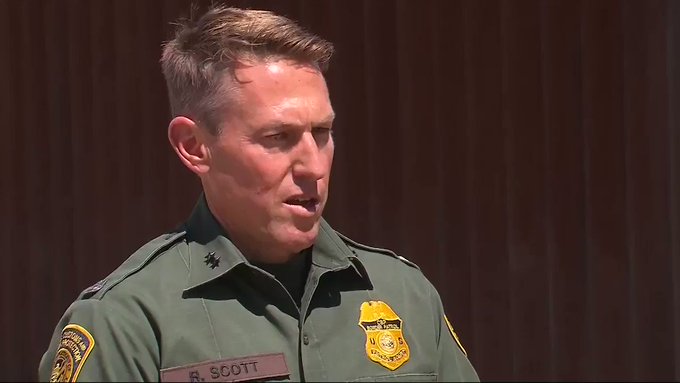 POLITICO✔@politico
Replying to @politico
“If there’s any suspicion that they’re not really truly related to those people, then they will be separated for their own safety,” a chief border agent said of kids who are often recycled by smugglers to get adults into the United States.
10:41 AM – Jun 18, 2018

Twitter Ads info and privacy
Illegal alien families are choosing to be separated by voluntarily engaging in lawbreaking. These illegal alien families, if they so choose, can stay together, simply by obeying the law.
This is not hard.
Those who do not have a choice in family separation are the legions of American families permanently separated from family members when that family member is killed at the hands of an illegal alien.
As Steve Bannon accurately pointed out over the weekend, “I don’t see the mainstream media and the liberal left embracing the Angel Moms, those people who were permanently separated from their children because of illegal aliens who came over here and committed crimes and killed people. You’re being very selective.”
Please follow and like us: