[Editor’s note:  The latest absurdity regarding the Las Vegas hoax assails the press for the greatest media cover-up in history by not exposing that there were multiple shooters, even from choppers, who were firing on the crowd, ignoring the mountain of proof that nobody died during the event.

As Mona wrote to me about this, “Amazing! They agree there was a drill and many lies from everyone involved. They go that far but then still claim that people died. Unbelievable!” Maybe they missed the bored crisis actors inside Hooters, each with his/her own sheet, waiting to be carried out on a stretcher as another victim of the shooting, which is only one of dozens of proofs we have presented demonstrating that it was a completely orchestrated event:

So I added a comment, where Mona has discovered perhaps the most powerful evidence yet: the police map for the area surrounding the concert arena, which shows no response at all to any alleged mass shooting incident. As she observes, they are conditioning us to believe absurdities and, as Voltaire observed, thereby preparing us for the commission of atrocities–which the United States is doing worldwide every single day, without Americans taking notice!]

Almost all social media journalists along with all MSM claims that people died in the Las Vegas shooting. What is so confusing is some of the best social media truthers who have been critical thinkers in all other drills and false flags have totally missed the boat on this one. If there were deaths in the Las Vegas shooting I must have missed that day it was put out. There is not any evidence that anyone died. In fact, all research I have seen shows the opposite. Not only are there many holes in the official story there is a evidence pointing in the direction that this was a complete staged event with crisis actors (not good ones), not ONE bullet hole at the “crime scene”!

There are many problems with the victims and their identities, where most of the obits had conflicting information including dates of death and causes of death and the majority do not even have a grave site.  In the U.S. half of people that die today are buried and half are cremated. There were only three people buried of the 58 victims, which is statistically highly improbable. Also, has anyone given any thought as to how a school is going to do a study on Stephen Paddocks brain when it supposedly was blown into many little pieces on the floor or the wall? Totally absurd things to which no one even gives a thought.

The LVMPD do not even provide proof of any real death on October 1st or 2nd.  The chart below is from the LVMPD website for every crime in a one mile area around Mandalay Bay including homicides. During the relevant time line on the 1st and 2nd of October, none of the crimes reported was a homicide. Did they forget? That would really not be a credible explanation for the largest number of persons ever said to be shot and wounded in a mass shooting in the history of the U.S. 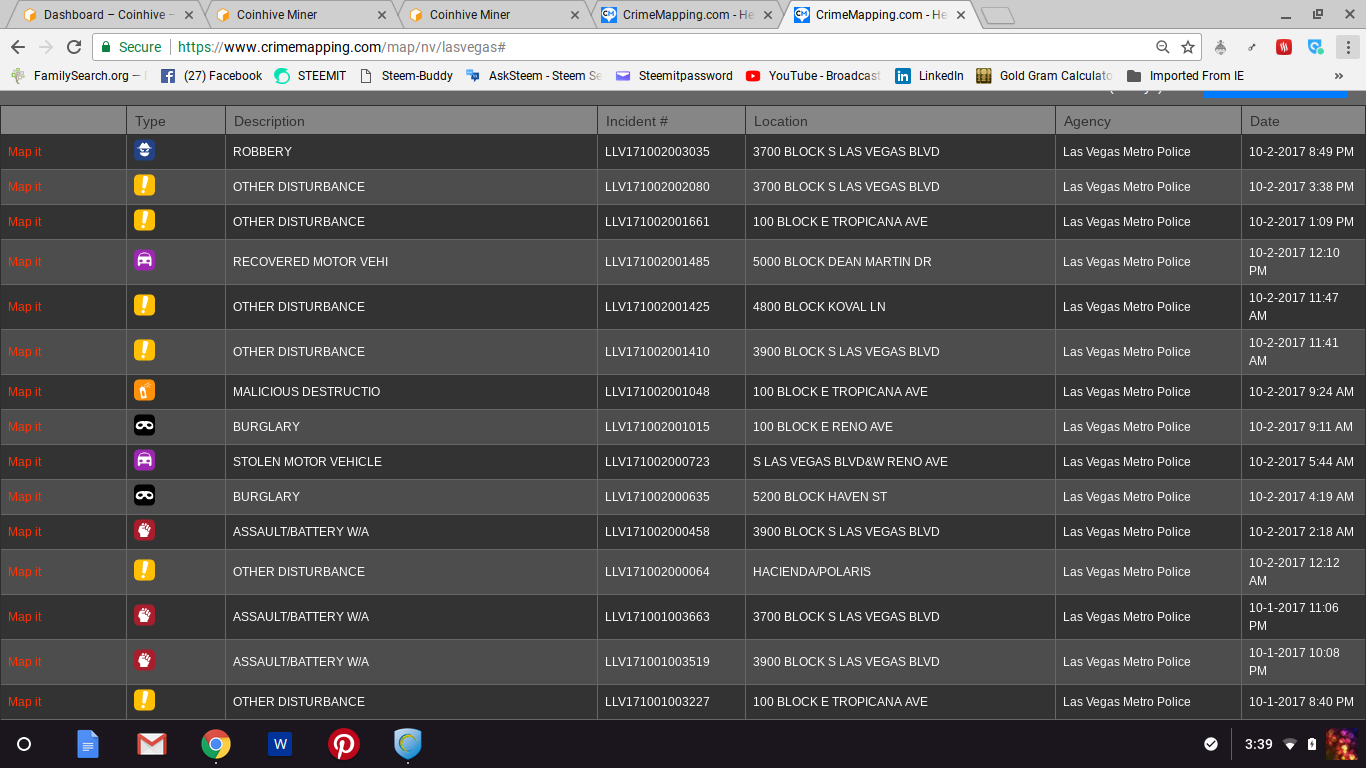 Here is more proof that the shooting was a government drill. A doctor being interviewed states that he was called in for a shooting drill.

Dr. interviewed calls shooting a drill
If you have ever been in the hospital or have been shot, you know there is massive pain and a pretty intense long recovery period. These pictures are of the “shooting victims” who survived a few days after the shooting. Now, seriously if you do not see these pictures as suspicious there really is a problem in this country. This person had surgery and was shot in the heart a few days before. 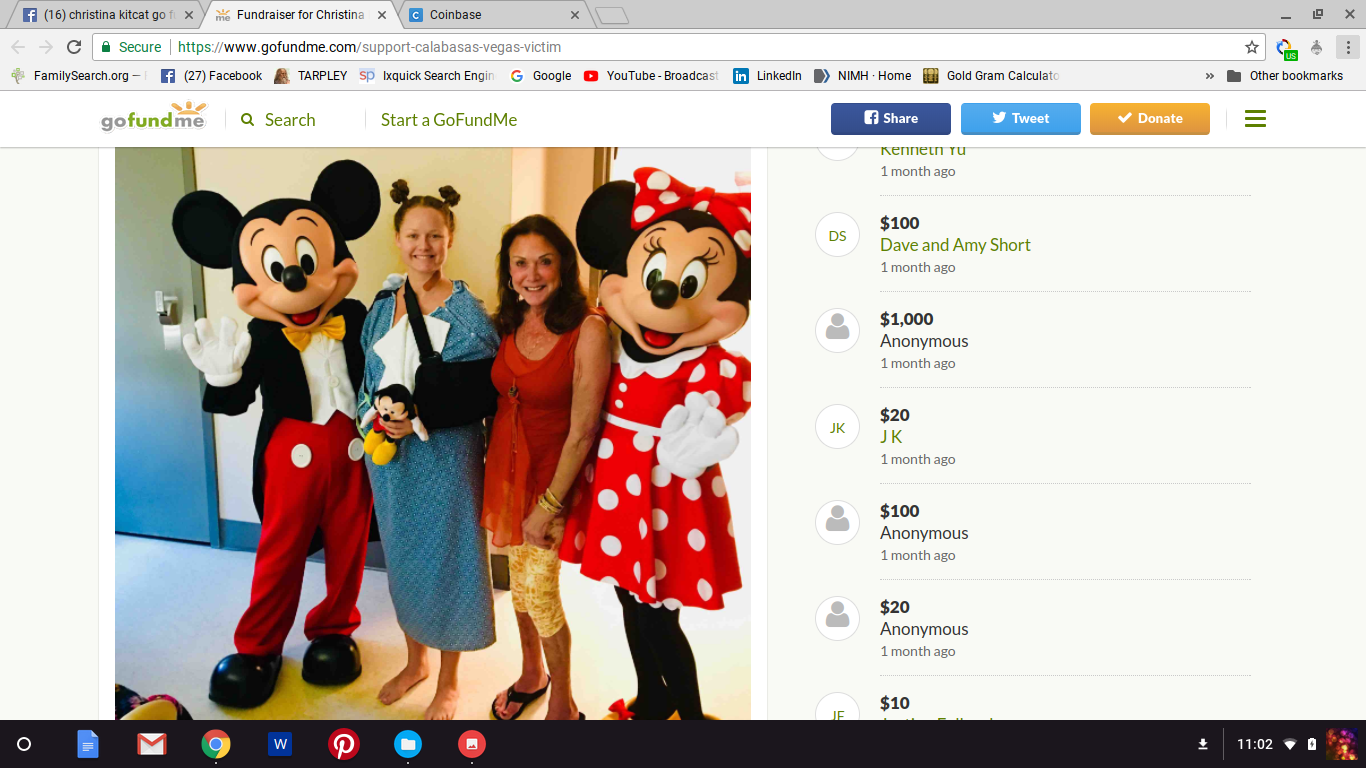 Seems like the scene of people who are at a party with all the smiling and alert behavior going. 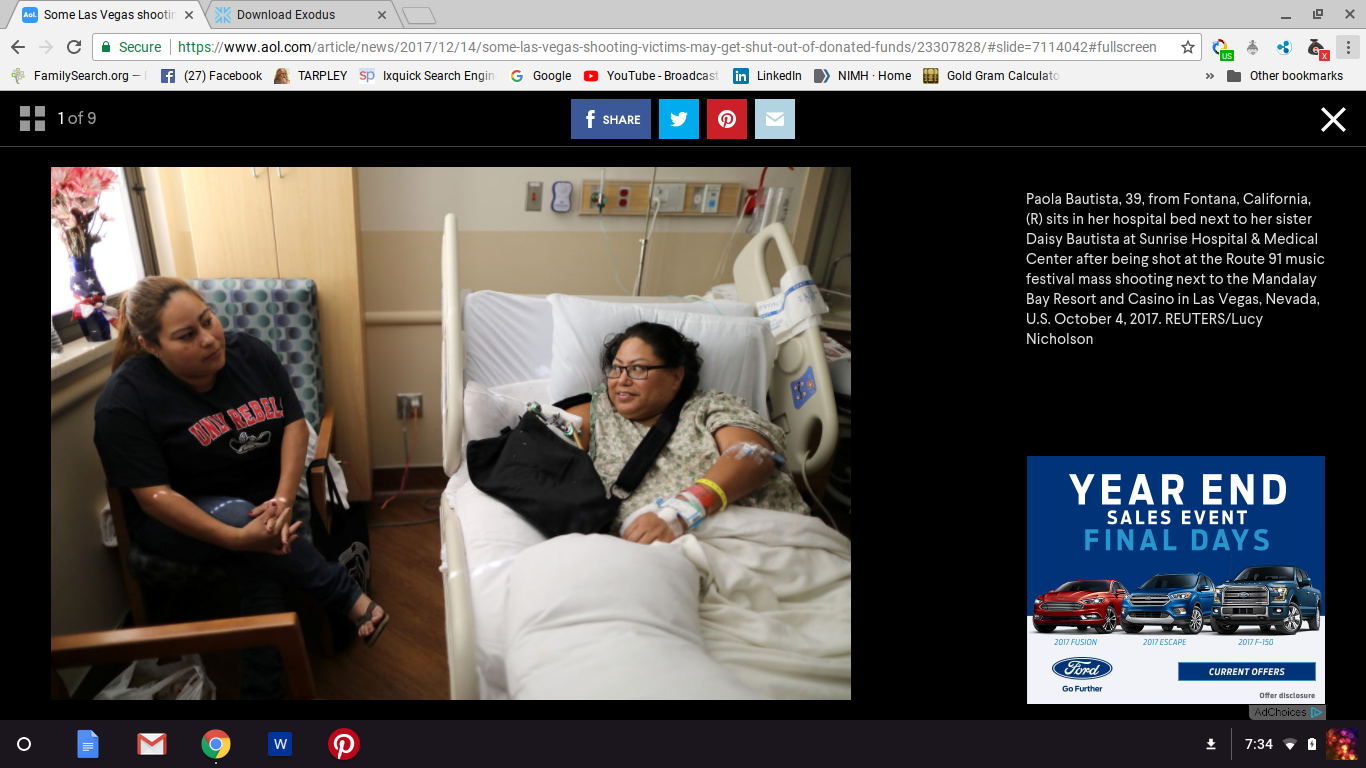 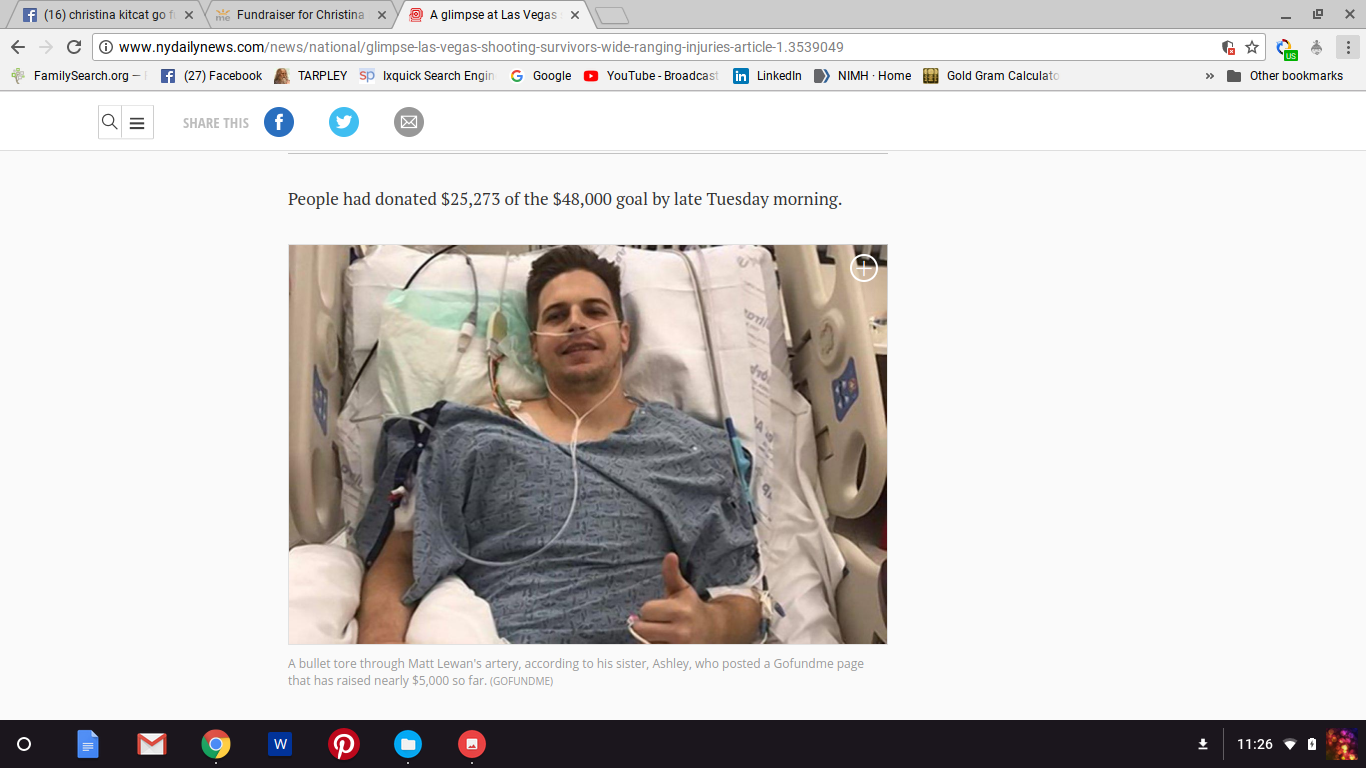 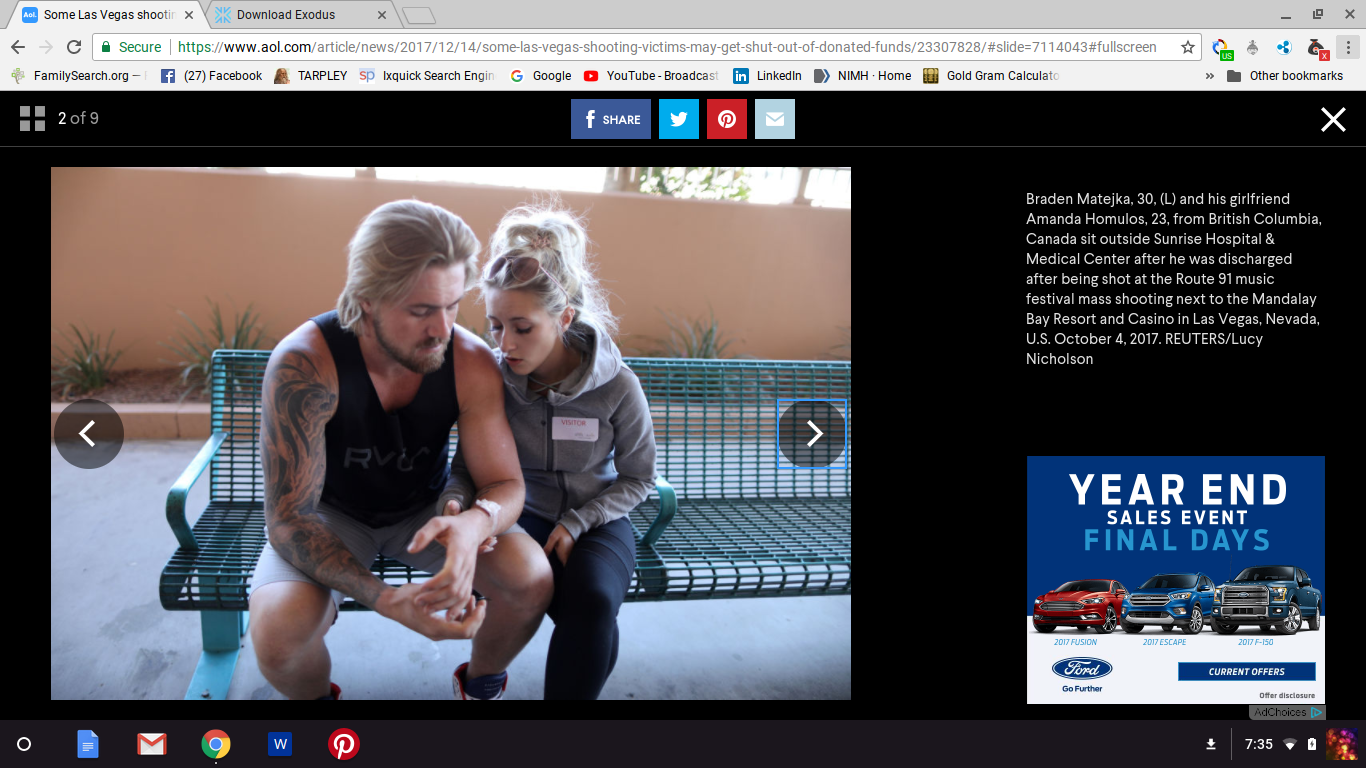 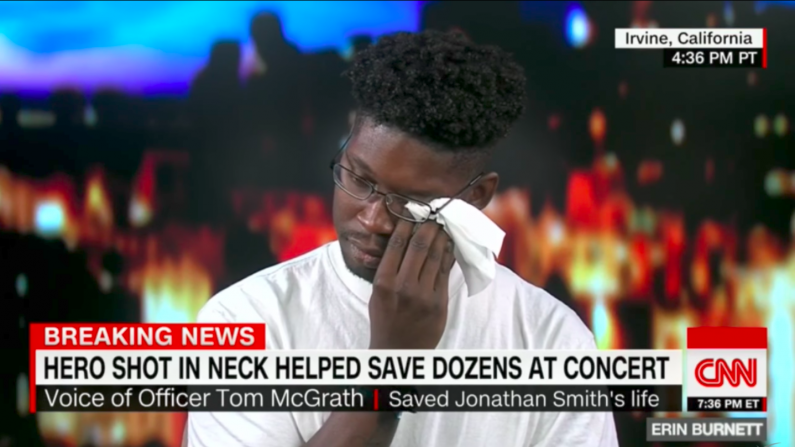 Along with this article there are prior blogs which presented more evidence that the shooting was not a real event. There are still so many unanswered questions about this event that are being ignored but the biggest one of them all is, “Where is there proof of any deaths?”

Mona Alexis Pressley, M.A., has authored a series of studies that demonstrate that the obituaries of the alleged “Las Vegas victims” were either completely fabricated or based upon deaths that took place in other states or on other dates or from different causes of death. See, for example, “Nobody died at the Las Vegas Concert”, “CONFIRMED: Nobody Died at the Las Vegas Concert”, “Las Vegas Shooting: Was it Real or a Government Drill?”, and, most recently, “(More) Las Vegas Shooting Lies”.

17 thoughts on “Mona Alexis Pressley: Americans are Being Conditioned to Believe Absurdities”