“America’s fate was sealed when the public and the anti-war movement bought the government’s 9/11 conspiracy theory.  The government’s account of 9/11 is contradicted by much evidence.  Nevertheless, this defining event of our time, which has launched the US on interminable wars of aggression and a domestic police state, is a taboo subject for investigation in the media.  It is pointless to complain of war and a police state when one accepts the premise upon which they are based.” – Paul Craig Roberts, How America Was Lost

David Ray Griffin is an international treasure and truth teller, who, while being ignored by the mainstream corporate media (MSM) for his extraordinary series of books exposing the false flag attacks of September 11, 2001, will someday be lauded as a modern prophet. To those who know and have studied his work, he is an inspiration for his persistent insistence in a dozen books since 2004 that the truth about the US treachery of that infamous day is essential for understanding the violence, planned by neo-conservatives and embraced by neo-liberals, that the United States has subsequently inflicted on the world.He has consistently argued that to believe in the government’s explanation for 9/11, one has to reject logic, scholarship, and the basic laws of modern science.
Bush And Cheney: How They Ruined America And The World is Griffin’s latest, and probably last, effort to reach those people who, out of fear, ignorance, or laziness, have walled themselves into a cyclopean labyrinth of denial about the defining event of our time.  Without the clarifying truth about the attacks of September 11, 2001, there will be no exit from the continuing nightmare the world is experiencing.
If you are reading this review, you are probably not one of those people Griffin is trying to reach. Ay, there’s the rub!  As the title of his book suggests, he is using reversed logic to try and reach those who have accepted the official fiction that is The 9/11 Commission Report (No doubt without having read it. Outside of serious researchers, I have never met a person who has, except for some of my students) and all the antecedent and subsequent government and MSM propaganda.
To this end, the first three-quarters of the book is devoted to the “destructive transformations of America and the world as a whole” that were initiated and justified by 9/11, many of which have been accepted by innumerable people as being based on government lies, most notably the war against Iraq.  Griffin’s hope is that if he can convince skeptical readers that the government would lie about Iraq, Libya, Ukraine, Syria, Yemen, etc., resulting in the deaths and maiming of millions of innocent people and the destruction of their countries, it would also lie about the attacks of September 11 that “legitimized” such carnageand the ongoing shredding of the US Constitution.
The Will to Examine Miracles?
It’s an ingenuous and compelling method, culminating with his concluding section on “15 major miracles” of 9/11, by which he means “violations of the laws of nature” in the strictest scientific sense.  Astutely logical, deeply sourced, and scientifically compelling, the book’s conclusion can only be rejected by one adamantly closed to accepting the ugly truth about the US government and its media accomplices.
But getting skeptical people to read the book is the trick.  I think that is very hard but much easier than to get the MSM to do so and give it a fair shake.  People have friends whom they trust, and sometimes friends can convince friends to at least take a look. Speaking of the MSM, Griffin puts it thus:

However, while granting that the Bush-Cheney administration told big and disastrous lies, which led to millions of deaths, most mainstream commentators have considered the idea that this administration engineered the 9/11 attack to be so absurd that they can render judgment without checking the evidence.

“Judging without checking the evidence” is the job of the MSM, who are stenographers for the government, but regular people might be persuaded to check the evidence before reaching a conclusion, if they can be led to that assessment one logical step after another. One can even hope that left-wing alternative media critics of the government, many of whom avoid this issue like the plague, might find the courage to reassess their anti-scientific denials in light of Griffin’s work. After all, “the laws of physics don’t lie,” and logical reasoning has generally been a strength of many dissenters, especially those well-skilled in the art of disputation.
The Birth of the Tangled Web
Griffin is a master logician, so he begins with the obvious fact that the Bush-Cheney administration failed to prevent 9/11 and therefore failed to keep America safe that day, as Donald Trump said in a 2016 election debate, for which he was castigated by his opponents and the media.  But he was right; it is a fact, whatever Bush-Cheney’s deceptive excuses. As a result of those attacks, the US attacked Afghanistan, claiming that was because Osama bin Laden orchestrated the attacks from that country. No evidence of bin Laden’s guilt was ever presented, though Colin Powell initially said it would be shortly forthcoming (he quickly reneged on the promise). The invasion of Afghanistan, planned well in advance of 9/11, was the start of the war on terror that’s been going on for 16 years with no end in sight. A 16-year-old war based on no evidence, just lies. Griffin shows how the alleged “evidence” that was eventually produced – the bin Laden videos – were fraudulent; that they were indeed “produced,” and not by bin Laden; they were “bogus” according to Professor Bruce Lawrence of Duke University, the leading academic expert on bin Laden. And the FBI reported that it had “no hard evidence connecting Bin Laden to 9/11.” But the administration and the media sang of bin Laden’s guilt in unison. The public, beaten down in fear and trembling, accepted the claim as a fact, as they were further traumatized by additional lies about the anthrax attacks that are a key component of the entire propaganda campaign of fear and intimidation that resulted in The Patriot Act.  (Graeme MacQueen’s masterful analysis, The 2001 Anthrax Deception, should be required reading; for he shows how the often forgotten anthrax attacks are intimately linked to those of September 11 and when studied closely, prove that 9/11 was an inside job.)

So Griffin begins with the lie about bin Laden that led to the lie about Afghanistan that led to the illegal and immoral and ongoing war against Afghanistan and all the millions of deaths and destruction that have ensued.
So knowing how lie leads on to lie, let us count some of the lies that followed.  Griffin documents these in deeply sourced details, but I will list them concisely:
US Government Lies Subsequent to the 9/11 Attacks:
That is only a sample of the lies that Griffin uses to lead the reader back to 9/11, the alleged reason for the death and destruction justified by such lies.  If the US government would lie in all these ways, he is saying, why would they not have lied with the Big Lie that started this string of destructive deceptions.
September 11, 2001
Thus the last section of the book (a little more than 25%) is devoted to “9/11: A Miraculous Day.” Herein he explains why George W. Bush and Dick Cheney should not be trusted on 9/11. They did not want an investigation into the September 11 attacks; wanted the public to just trust them. They were eventually forced into an investigation by public pressure; originally named Henry Kissinger to head it (don’t laugh – ha! ha!); rigged its makeup and had Philip Zelikow, arch neo-con and Bush insider, appointed its Executive Director. In short, they did everything possible to prevent an honest investigation. And we know that the result was The 9/11 Commission Report that is a piece of legerdemain on a par with The Warren Commission Report. In other words, a cover-up. 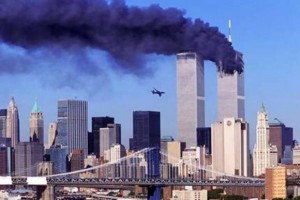 12 thoughts on “The Lies of 9/11 “Miracle Workers”. BUSH AND CHENEY: How They Ruined America and the World”