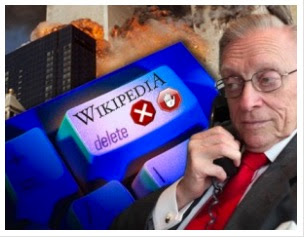 • Wikipedia censors material they deem ‘extremely controversial’
By Dave Gahary
The demise of the ubiquitous door-to-door encyclopedia salesman and the subsequent rise of the electronic version of the books has brought with it unintended consequences for those wishing to learn the truth on a variety of extremely important topics, information that should be common knowledge to the masses.
In a series of damning emails exchanged with this writer, the predominant Internet-based encyclopedia Wikipedia admitted they subjectively censor material they deem to be controversial, in reference to the September 11, 2001 attacks, although their censoring is not limited to 9/11.
The reason this admission is so significant is due primarily to Wikipedia’s reach. According to its entry of itself:

“It is the largest and most popular general reference work on the Internet, ranking seventh globally among all websites…having an estimated 365 million readers worldwide.”

Alexa, the online company that ranks websites according to their traffic, lists Wikipedia as the sixth most popular website in the world, in its “top 500 sites on the web.” Only Google, Facebook, YouTube, Yahoo! And Baidu.com rank higher.
Launched on January 15, 2001, the name “is a portmanteau of wiki, from the Hawaiian word meaning ‘fast’ or  ‘quick’ and encyclopedia,” the free website is edited collaboratively by volunteers around the world, and contains “30 million articles in 287 languages,” where “almost all of its articles can be edited by anyone having access to the site.” While this is true, what is not mentioned is that the edits to sensitive entries will be removed.
The censorship came to light after this writer attempted to edit the Wikipedia entry forLarry A. Silverstein, who “in 1980 won a bid…to construct 7 World Trade Center [WTC7],” and also won the bid when the WTC was put up for lease in 2000. “Silverstein…signed the lease on July 24, 2001,” just a month-and-a-half before the attacks that precipitated America’s current police state.
As the Web Editor for AMERICAN FREE PRESS, part of this writer’s duties is to post select articles from the newspaper on the AFP website. When selected for the website, all articles must be accompanied by Internet source links, in order to enhance the quality of the information provided there. It was during this process of placing an article by AFP writer John Friend on Silverstein’s unsuccessful bid “to recover billions of dollars from two airlines whose planes were used in the…attacks,” even after he “already received $4.55 billion in an insurance settlement.”
While examining the Wikipedia entry for Silverstein, it was noted that the ‘September 11 attacks’ section made no mention of the Jewish real estate mogul’s reference on a PBS documentary to initiate a controlled demolition on WTC7, which this writer found odd, and a fact quite necessary to gaining a fuller understanding of who was behind the attacks.

In an interview for the PBS documentary “America Rebuilds: A Year at Ground Zero,” Silverstein explained that after consulting with the New York City fire department commander regarding WTC Building 7, which was not attacked on 9-11, they made the decision to “pull it”—a term which implied they decided to take down the building using controlled demolitions.

After adding the paragraph from John’s article to Silverstein’s Wikipedia entry, it was deleted almost immediately by a fellow editor. It was placed back up and remained there for approximately half the day, then removed again.

The editing and reediting went on several more times, until an email was received from a higher-up at Wikipedia in the form a “Final Warning.” It stated:
This is your last warning. The next time you violate Wikipedia’s neutral point of view policy                                 by inserting commentary or your personal analysis into an article, you may be blocked from                                   editing without further notice.
This writer replied as follows:
I don’t understand. This is a PBS documentary where he says this. I’m not saying it, he is.
The entry was reedited by adding the paragraph.

Almost immediately, an email titled “Blocked” arrived. It stated:
You have been blocked from editing Wikipedia for a period of 3 days as a result of your disruptive edits.
Seven hours later another email by another senior editor was received which stated:
Frankly…I would have blocked indefinitely. I instruct you not to edit the Larry Silverstein article or mention him again in editing any page.
A few exchanges followed and an email was sent directly to Wikipedia on August 5, 2012, stating:
I had a terrible experience while attempting a minor edit & wish to discuss this with the appropriate authority. What should I do?
An email as received from one Kevin Rutherford, stating:
What seems to be the issue is that what you added was viewed as contentious and uncited. Unfortunately, you used a video, which is hard to verify to those who don’t have access to it, and controlled demolitions of anything on 9/11 is something that is extremely controversial, and Wikipedia considers that a fringetheory. Is there any way that you can get a transcript of it and use that, because otherwise I really cannot help you (I’m not an administrator), other than to advise you.
Contained in the body of the email was a disclaimer which stated:
All mail to this address is answered by volunteers, and responses are not to be considered an official statement of the Wikimedia Foundation. For official correspondence, please contact the Wikimedia Foundation by certified mail at the address listed onwww.wikimediafoundation.org.
An email to Rutherford was sent that asked:
How are you determining that this topic is “extremely controversial” and is there anything in writing that details why “Wikipedia considers that a fringe theory”?
The email also stated that:
If you watch 25 seconds of this video, there can be no other conclusion than to what brought that building down
Rutherford sent a few more emails providing a few Wikipedia sites to gain some info on this writer’s queries, but failed to provide any concrete answers to the questions.
Although Silverstein admitted on camera that he ordered WTC7 demolished, this “minor edit,” while completely accurate, was removed after it was posted and reposted several times, and resulted in this writer being warned and then blocked from editing the online encyclopedia.
This one little bit of factual information, so vital to understanding this seminal event in American history, remains shrouded from the easy glance of the millions of eyes who trust Wikipedia.
The lesson to be learned from the above is clear: Although the Internet can be a wonderful resource for information, it is also rife with censorship in topics that threaten the powers-that-be. 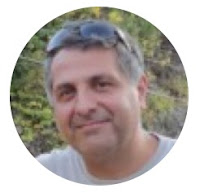 Dave Gahary, a former submariner in the U.S. Navy, is the host of AFP’s ‘Underground Interview’ series.
Editor’s note: My own experiences with Wikipedia include its gutting my entry after I had participated in a conference, “Academic Freedom: Are there limits to inquiry? JFK, 9/11 and the Holocaust”, which I was able to document in “James Henry Fetzer – Wikipedia the free encyclopedia BUSTED!”
Please follow and like us:

One thought on “The Internet Encyclopedia, Wikipedia, helps brainwash Millions of Minds”