An expert on assassins and assassinations, Ole Dammegard has displayed his research abilities in an impressive, two-volume exploration of the circumstances and conditions of the death of the Swedish Prime Minister, Olof Palme, in 1986. Palme was the leader of the Swedish Social Democratic Party (SAP) from 1969 until his assassination in 1986. A two-term Prime Minister of Sweden, he headed a Privy Council Government from 1969 to 1976 and a cabinet government from 1982 until his death.

Ole and I have collaborated in the past, including in relation to the book, And I suppose we didn’t go to the moon, either? (2015), for which he inter ailia designed the front and back covers. Here is an interview we did together for Red Ice Radio, where we discuss the book, which exposes the moon landing hoax, the death and replacement of Paul McCartney, the first death of Saddam Hussein, the second death of Osama bin Laden, and the Holocuast, the official narrative of which is provably false:

About his new book: For almost 30 years investigator Ole Dammegård has been on a quest to find the truth behind some of the worst assassinations and conspiracies the world has known. This has taken him on an extremely dangerous journey into unknown territories. What have been claimed as acts by lone madmen turn out to be connected to the international military-industrial complex and top levels of international banking and high finance, sanctioned locally with pre-selected “patsies” to blame.

This ground breaking book focuses on the assassination of the Swedish Prime Minister Olof Palme, who was gunned down on 28 February 1986. Secret agents, mercenaries, professional assassins, top politicians and innocent scapegoats are identified and discussed in the pages of this explosive book, which exposes a dark side of the Western World that has previously been perceived by very few. No one with a serious interest in deep politics will want to miss this book, which I highly recommend: 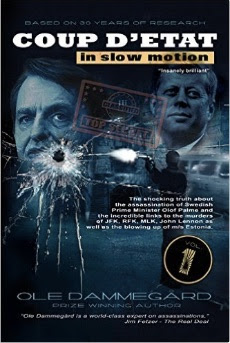 Ole continues his deep investigation in Volume II, disclosing how the so-called Police Connection, the South African Connection and the Bofors Connections are intricately intertwined. He presents the murderer’s own hand-written account of the assassination as well as evidence so cleverly manipulated that it can make anyone lose their breath. The final chapter exposes how the scandal is also related to the destruction of the ferry M/S Estonia and surprising and unexpected links to the murder of JFK. 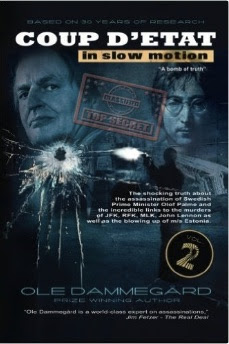 31 thoughts on “Ole Dammegard: THE MURDER OF OLOF PALME”

Will on Edward Hendrie, Vaccines Cause Autism and Allergies

Don on Edward Hendrie, Vaccines Cause Autism and Allergies