“I’m disappointed that he only had one of my books. He should’ve read The New Pearl Harbor Revisited!” — David Ray Griffin 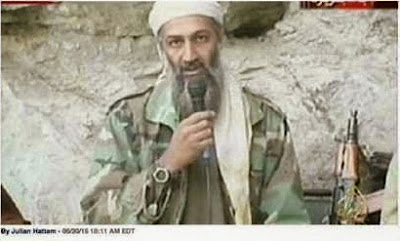 Osama bin Laden — “Conspiracy Theorist”
It both surprised and pleased me when a reporter for The Guardian, a well-regarded paper in the UK, called to ask about the report that Osama bin Laden’s “library” had included a copy of David Ray Griffin’s The New Pearl Harbor, one of the first and best exposes of the orchestration of the attacks on 9/11 as having occurred very differently than we have been told.

Under the heading, “9/11 Truthers (naturally) wary of Osama bin Lade’s conspiracy theory obsession” (20 May 2015), it published the following story only hours after having spoken with me, which was fine and accurate as far as it went. But there was much more to the story:

Obsessed with plots to ruin America, terrified of bugs implanted intooth fillings or women’s clothing, and secluded away from even his confidants, Osama bin Laden may not have been in the most healthy frame of mind during his years in hiding.

It should perhaps come as no surprise, then, that his personal library included conspiracy theories about the occult, the Illuminati – and even 9/11.

Documents and details released by US intelligence officers on Wednesday from the raid that killed bin Laden in 2011 revealed the al-Qaida leader’s collection included The New Pearl Harbor: Disturbing Questions About the Bush Administration and 9/11, a book that aims to dismantle the official story of the September 11 attacks and alleges that president George W Bush was complicit in them.

“It’s such a crazy story,” Griffin said. “I’m disappointed that he only had one of my books. He should’ve read [The New] Pearl Harbor Revisited!” 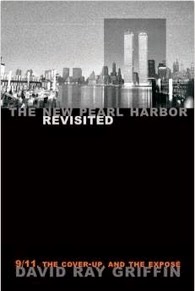 Informed by the Guardian that Bin Laden owned a copy of his book, author and retired theologian David Ray Griffin said “it’s a surprise” and that he was at a loss for words.
“It’s such a crazy story,” Griffin said. “I’m disappointed that he only had one of my books. He should’ve read [The New] Pearl Harbor Revisited!”

Griffin’s book poses more questions than it does theories about what happened on September 11, arguing that the 9/11 commission and Bush administration concealed and distorted the truth in the service of larger geopolitical aims.

“I don’t doubt that Osama would have found Griffin’s brilliant book really informative,” said Jim Fetzer, a founder of Scholars for 9/11 Truth, “but Osama died on about 15 December 2001. He was suffering from serious diseases, including a kidney disease, and it’s hard to get those dialysis machines in and out of those caves in Afghanistan.

“Even Fox News reported this at the time, although I don’t regard that as an always reliable source,” Fetzer added.

Indeed, while the wrinkle of Bin Laden’s taste for tales about 9/11 truthers and the occult was “fascinating”, Fetzer said, the entirety of the documents released Wednesday, as well as the 2011 raid by US Navy Seals on Bin Laden’s Pakistan compound in which the al-Qaida leader was killed, constitute “elaborate political theater” in Fetzer’s mind.

“Osama bin Laden had nothing to do with 9/11,” Fetzer said, dismissing the 2004 videotape in which Bin Laden took credit for the attacks. “The whole story we’ve been told is a complete charade.” 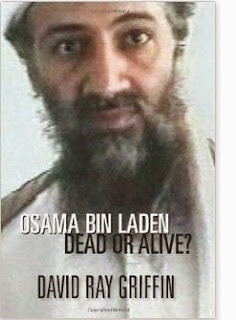 The reaction at hubs of conspiracy theory was similarly unbowed by revelations from the 2011 raid.

“Am I the only one who thinks that a bunch of CIA documents released years after the fact are nothing more than propaganda?” asked Jesse Wyneck at InfoWars, the website of conspiracy theorist and radio host Alex Jones.

“I wish they’d get more creative with this nonsense,” bemoaned another commenter.

“We live in a world of lies. Nothing more,” said another.

The commenter badgerpit suggested that Bin Laden’s possession of a book about 9/11 might be “a sort of wink”. “They get away with everything so I imagine their confidence to rub stuff in our face is high.”

Jones himself did not broach the disclosures on his Wednesday radio show, instead railing on about changing gender norms in American society and declaring: “The fall of humankind is here. It’s going down.”

On the other great center of truthers, Reddit, people were less credulous about conspiracy theories. There reactions ranged from “9/11 was a fraud” to blaming Nasa to “I bet they used to sit around the compound at night and read each other the theories for laughs.”

Bin Laden’s odd collection also included The Conspirators’ Hierarchy, a book about how an elite cadre of manipulators are somehow involved in everything from the Kennedy assassination to the East India trading company and the international drug trade. 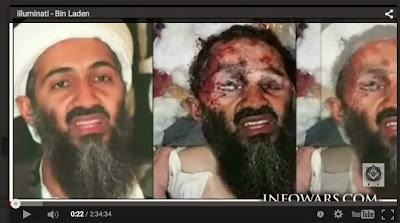 Bin Laden also owned Bloodlines of the Illuminati, by Fritz Springmeier, an Oregon man who has written extensively about the eponymous semi-historical sect, mind control, Jehovah’s witnesses and Freemasons.

At least one believer maintains that the fatidic date of 1 May links the Illuminati to the deaths of Adolf Hitler and Bin Laden, even though Hitler killed himself on 30 April 1945 and Bin Laden was killed in the early hours of 2 May 2011, Pakistan time.

Jones has also linked Bin Laden to the Illuminati, albeit through the more tortuous route of the Mossad, CIA and MI6, among other agents.

The al-Qaida leader’s taste in rightwing perspectives on conspiracy did not end with Springmeier: he also had a copy of The Secrets of the Federal Reserve, a book by Holocaust denier Eustace Mullins, who during his life shared his antisemitic sentiments with Ezra Pound and wrote an article in praise of Hitler.

Mind control was also plainly a fixation for Bin Laden, whose reading materials included Senate testimony from 1977 on the CIA’s MK Ultra program on behavioral modification, and a book by Noam Chomsky titled Necessary Illusions: Thought Control in Democratic Societies.

Perhaps the oddest book in Bin Laden’s collection was The Secret Teachings of All Ages, a 1928 tome by the Canadian mystic Manly Palmer Hall. The son of a dentist and a chiropractor, Hall became a famous spiritualist and lecturer, and filled his book with ideas about tarot readings, alchemy and Shakespeare trutherism.

Despite the eager discussion of conspiracy theories, few online dared to theorize what Bin Laden might have made of Hall.

Virtually all the most popular theories about 9/11 have been thoroughly debunked by both the investigators of the 9/11 commission and independent experts in aviation, engineering, the military and other fields.

While this newspaper report could be interpreted as complete and accurate, the fact of the matter is that it only cites my conclusions without citing any of the evidence that substantiates that finding, rendering my position as an argument with no premises.

What The Guardian didn’t tell you

What I told The Guardian during the phone interview included that there were local obituaries at the time, that he was buried in an unmarked grave in Afghanistan in accordance with Muslim tradition; that David Ray Griffin had published a book about it, Osama bin Laden: Dead or Alive?, that Nicholas Kollerstrom had published an article about it; and that Fox News on 26 December 2001 had reported his death, which makes Fox the leader in coverage of all the newspapers in the world.
So when I discovered that The Guardian had omitted my premises and only published my conclusion, I composed a comment on the article, which was still there the last time I checked. Here is what I published about the article and my interview: Indeed, as I explained in a recent article exposing the “revelations” by Seymour Hersch (that Obama had taken more credit than he deserved in tracking down and taking out Osama, because it was largely the work of Pakistan intelligence agents), it was convenient to resurrect him and kill him again to benefit Obama’s political requirements.

Pakistani Compound Owner watch TV using a remote
None of the residents of the town in which the compound was situated had ever seen Osama bin Laden, where the man using the remote to watch TV was identified as the compound’s owner, who was not Osama bin Laden. As I explained in “Zero Dark Thirty: The deeper, darker truths”, the raid was a piece of political theater that had no correlation with reality.
There is an irony here because, when I concluded my conversation with the reporter for The Guardian who had called me, I expressed my admiration for The Guardian as one of the few newspapers in the world that continued to show dedication to the truth and determination to pursue its publication. I noticed he seemed to be affected by my remarks but, in retrospect, it does not appear to have been for the reasons foremost in my mind at the time.
Osama was suffering from debilitating kidney disease and was also reported to have Marfan syndrome. It’s tough to get those dialysis machines in and out of those caves in Afghanistan. His purported burial at sea was not in accord with Muslim traditions and the claims to have DNA confirmation of his identity were far too fast to have been scientifically possible. The death photos were faked. None of the official account warrants belief. It’s all a fabrication.
Please follow and like us: