Reason and Rationality in Public Debate: The Case of Libya 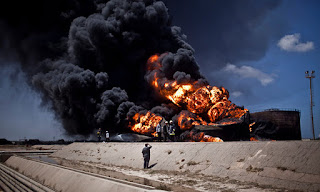 In collaboration with Christof Lehmann, “Libya, Green Flags, and The Heart of Darkness”, I have explained why, based upon the information available to us both, even if Moammar Gadaffi qualified as a dictator, he was a remarkably benevolent one, who provided his citizens with a national health care program, financed their education (even at the college level), provided them with homes and even a share of royalties derived from the nation’s oil resources. Under Gadaffi, Libya had attained a literacy rate among its young of 99.9% and the highest standard of living in Africa. Now that he has been removed, I have no doubt that these remarkable achievements are going to be lost. Indeed, the kinds of motives that drive the “Occupy Wall Street” movement, which include a national health care program, a living wage (regardless of occupation) and a free college education were ones that Gaddafi was providing to the Libyan people. If we are right, then Libya under Gadaffi has been leading the way, while the USA has been playing “catch up”–but here only under duress.

The Case for Gaddafi

My reasoning has been based upon the evidence available to me, including the kinds of data to which Enver Masud, Stephen Lendman and a host of others have drawn attention. In his recent, “Five Things you may not know about Muammar Gadaffi and Libya”, for example—and assuming that his information is accurate and complete regarding the points he presents— Enver Masud exposes the shameless deception of the main stream media in its coverage of Libya and its recent history under Gadaffi:

* Program to Privatize Oil: On February 21, 2011, five days after the Arab Spring broke out in Libya, Qaddafi launched a new program to privatize all Libyan oil to every citizen of Libya.

Among the most interesting points Enver makes concerns this privatization program, which initially “provided $21,000 to every Libyan from a total of $32,000,000,000 in the Year 2011”, so that the Libyan “health, education, transport, and some other ministries could be abolished and individual Libyans could use the profits of their own investments, including from oil ownership, to obtain the relevant services”, which, Gaddafi said, would be “the best way to eliminate corruption, including the theft of Libyan oil by foreign oil companies, and to decentralize governmental power.” From this perspective, Gaddafi looks good and comes across as a benevolent dictator.

The Case against Gaddafi 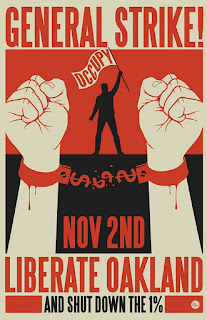 If these reports are well-founded, then Gaddafi’s concerns parallel those of the “Occupy Wall Street” movement to abolish corporate welfare and crony capitalism for the benefit of the American people, where the latest transfer of $75 trillion in derivatives liabilities by Bank of America and of another $79 trillion by J.P. Morgan are stunning indications of the depths of corruption to which the banking and investing institutions of this nation have sunk. But what if those reports about Gaddafi’s good works in Libya are inaccurate or at least misleading? In “Gaddafi Phoney Welfare State Unmasked” by Jim Dean, for example, featuring Uri Avnery, an expert on Israel and Palestine, a very different picture emerges, according to which Gaddafi instead qualifies as a murderous tyrant:

* His clownish appearance and foreign adventures diverted the attention of world opinion from the murderous aspects of his rule.

* From time to time, on a whim, he let loose waves of horror, torturing and killing anyone who had voiced the least hint of criticism.

* On one occasion, his thugs shot all the 1200 inmates of Abu Salim prison in Tripoli.

* He spent some money on building schools and hospitals, but that was a tiny part of the resources available to him.

* Huge amounts of oil revenue were squandered on his bizarre adventures or stolen by his family.

And, indeed, Jim and others have published multiple columns on VT that provide additional support for the depiction of Gaddafi as something other than a benevolent dictator. Some has appealed to their personal experience with Gaddafi and in Africa, which has powerfully affected his conclusions in this matter. But that he is in the position to based his opinions on his own personal experience does not mean that we are in the position to base our opinions on his personal experiences, where what he has to tell us has to qualify as “inside information” that requires its own evaluation before it can be taken at face value. If there is a conflict between UN reports and his opinions, for example, can we determine who is right and who is wrong? Are we in the position to sort all of this out?

Critical exchange–serious debate–is one of the most effective methods available to us for exposing falsehoods and revealing truths, where the acid test of our own objectivity and fair-play is not the issues upon which we all agree but on those on which we most strenuously disagree. The case of Libya is a case in point. While Jim and others have provided a strong case against Gaddafi as a murderous tyrant, Cristof Lehman, Stephen Lendman and others have provided an equally strong case for Gadaffi as a benevolent dictator. So are there any general consideration that might enable us to sort out these differences of opinion? I believe there are, but I must emphasize that, since we are dealing with inductive reasoning, new premises or new theories about what has been going on might require us to revised our positions by rejecting hypotheses that we previously accepted, accept hypotheses we previously rejected, and leave others in suspense. Let’s begin with the case for Gaddafi as a tyrant.

Perhaps the strongest case that Jim and others make hinges upon the reports from Uri Avnery, who is an acknowledged expert on Israel and Palestine. For Uri’s testimony to outweigh the UN’s reports on the quality of life in Libya and other countries, however, the probability that he is right must be greater than the probability that the UN is right. Otherwise, since their reports conflict, whichever is granted the greater weight by that token weighs against the truth of the other. Not only is the UN in the business of making assessments of this kind, but Uri is not an expert on Libya, which means that we appear to encounter a fallacious appeal to authority in this instance. Moreover, there are obvious indications of bias against those whom he identifies as “leftists”, such as that, “I was sharply attacked by some well-meaning European leftists for blessing the awful monster called NATO. 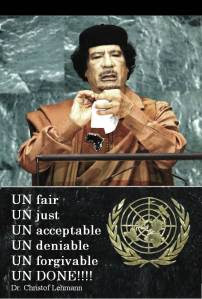 Now, in retrospect, it is quite obvious that the overwhelming–if not unanimous–opinion of the Libyans themselves welcomed the intervention.” He also claims, “There can be no doubt any more that the vast majority of the Libyan people detested Gaddafi and welcomed the NATO campaign that helped to remove him. It was an important contribution, but the actual heavy fighting was done by the ragtag people’s army.” But the division of opinion about issues like these means that, for those of us who are not Uri, his position begs the question by taking for granted the crucial issues that are at stake here, including whether or not the Libyans “welcomed NATO’s intervention” and whether or not the heavy fighting was done by “a ragtag people’s army”. As a former Marine Corps officer, I know that the largest proportion of casualties in combat come as an effect of bombing and of artillery strikes, not as the result of infantry operations by a ragtag army. If tens of thousands have died, it was almost certainly at the hands of NATO.

There are other reasons to doubt that this was an emancipation of Libya by the Libyan people. The first action taken by this allegedly indigent force was to found a central bank. That struck me at the time as most peculiar, but I have learned since that Gadaffi had established his own independent bank for the benefit of the Libyan people. And this is on the only indication that what was taking place was a reaffirmation of the global international banking structure, which places every economy under the ultimate control of the Bank of International Settlements, as Ellen Brown explained to me. With the passage of time, we are seeing more and more indications that the removal of Gaddafi was only one major step in the colonization of the continent of Africa, where he was perhaps the only leader with the loyal following of his people to take a principled stand against the West taking control of the natural resources of his and of the other countries of Africa.

The New York Times, for example, has now published, “West Sees Libya as Ripe at Last for Businesses”, where, it claims, “Companies from NATO countries hope that gratitude for assistance in the Libyan rebellion will be a factor in awarding contracts.” But if Christof Lehmann, Stephen Lendman and others are right, what we have here is a cynical attempt to make the theft of the nation’s resources appear to be a virtue in the eyes of the world. We all know, “To the victor belong the spoils!” But attempting to case this atrocity as an act of liberation in the name of democracy and freedom is a song we have been sung too many times to continue to find credible. The pattern of demonization of a nationalist leader, who wanted to use the resources of his own country for the people of his own country, is one we have had with Fidel Castro in Cuba, Salvador Allende in Chile, Saddam Hussein in Iraq, Hugo Chavez in Venezuela and now Moammar Gaddafi in Libya. I would like to believe we have see this play out often enough to not be taken in.

Another indication that things are not as they should be is that the US is conducting operations in Somalia despite official denials, “America’s War in the Horn of Africa: Drone Alley – a Harbinger of Western Power across the African Continuent” by Finian Cunningham in Global Research (29 October 2011). And other reports suggest that even Egypt is not better off now than it was under Hosni Mubarak, which, like Libya, was supposed to be “the result of a popular uprising” where freedom and democracy reign “in the once oppressed nation”. But the truth, according to brasschecktv, is that it was a coup d’etat backed by Western intelligence agencies using the mass protests as cover, where “the evidence of this is that the demands of the protestors have not been addressed and that the protests, which once allowed the coup to take place, are now brutally suppressed.” Why does that not surprise me? Why does that not appear to be exactly what we can expect in Libya, too? How many times are we going to be played for saps?

2 thoughts on “Reason and Rationality in Public Debate: The Case of Libya”