Reason and Rationality in Public Debate: The Case of Ron Paul 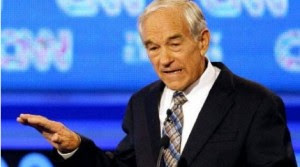 During the organizing meeting of The Human Behavior and Evolution Society at the University of Michigan in 1988, I raised my hand after a presentation by Lida Cosmides, then the doyen of the movement, which had made a certain impression on me, and said, “I have only two concerns regarding your presentation”. She said, “Yes?”; and I continued, “One is your conclusion”. She took a few paces with her hand on her chin and again said, “Yes?”; and, I added on, “The other is your premises.” The audience burst out in laughter, since a scholar’s position, like that of anyone else, only has two parts: their premises and their conclusion!

Most of us know that much about arguments, which are conclusions, hypotheses or conjectures supported by premises, which provide grounds, reasons or evidence, where the stronger argument, in rational discourse, tends to prevail. But that assumes an appropriate correspondence between objective standards of rational belief and subjective degrees of conviction. The measure of the difference between them serves as an index of the degree of divergence of a person’s opinion from normative standards and therefore functions as an index of the extent of the irrationality of their degree of belief from what beliefs are rational.

While most Americans know that much about arguments, they do not also understand that there are two broad classes of arguments: deductive and inductive. Deductive arguments are non-ampliative, in the sense that they do not contain any information in their conclusions that was not already in their premises. It is for this reason that their conclusions cannot be false if their premises are true. If “Jack and Jill went up the hill” is true, then “Jack went up the hill” cannot be false. Likewise, when “All ducks are white” and “This is a duck” are both true, then “This is white” must be true, too.

That is not the case for inductive arguments, whose conclusions go beyond their premises. If “Jack went up the hill” and “Jill is usually with Jack” are both true, then probably “Jill went up the hill”. But that conclusion could still be false even when those premises are true. Inferences from the past to the future, from samples to populations, and from the observable to the unobservable are familiar cases. Even if every duck we have observed so far is white, there may be those we have not yet observed that are not. Our knowledge of laws of nature and of historical events is inductive, which is why we can never be sure our conclusions are true, but only whether they well-supported or not.

Sentences (or assertions) are true whenever they correspond to reality (or to how things are or to everything that is the case). But absent some kind of privileged access, we have to depend upon our own personal experience and the evidence available to us in determining what we ought to believe by exercising reason or rationality. The coherence of our beliefs based upon the evidence available to us thus functions as a criterion for us to judge the difference between what we take to be true and what we take to be false, where we may be mistaken. This diagram compares levels of strength of personal conviction and objective degrees of evidential support:

Notice that personal degrees of subjective conviction are measured on the basis of psychological considerations from beliefs we cannot imagine are false (“indubitable”) to those we cannot imagine are true (“inconceivable”). With respect to objective measures of evidential support, they range from those that are logically contradictory (that “2 + 2 = 5” or that “This is both a circle and a square”) to those that are logically necessary (“2 + 2 = 4” and “A square has four sides and four equal angles”). But our beliefs about the world around us, including current events, are inductive and uncertain.

Thomas Jefferson was once asked if he would prefer a government without newspapers or newspapers without a government, to which he replied that he would prefer the latter. But Jefferson was not contemplating a time in which newspapers would be controlled by governments or by corporations, which is the situation that we confront today. It has become increasingly difficult to sort out information we are given that is true from information we are given that is false. And that is especially true when editors and reporters can slant the news using a variety of techniques familiar to students of logic and critical thinking but not to the average American, including the straw man (by exaggerating a position to make it easier to attack), special pleading (by citing only the evidence that supports your point of view), and the appeal to authority (by citing sources that are authoritative on one subject as experts on another), which can be illustrated relative to news coverage of the candidacy of Ron Paul, the “Wall Street” protest and of the assassination of JFK, where the differences that are displayed here offer powerful proof that the American press is not “free”.

The Coverage of Ron Paul 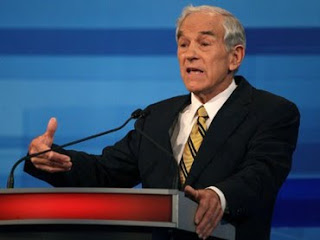 Perhaps the most egregious illustration of special pleading of my lifetime—apart from the bias the press has displayed in relation to 9/11 and JFK (on which I am planning to publish a complementary column)—has been the shameless suppression of information about the candidacy of Ron Paul for the GOP presidential nomination. He has won straw poll after straw poll, in California, in Ohio, at the Conservative Political Action Conference held in Louisiana and at the Value Voters Summit held in Virginia; he has raised millions of dollars in funding, second only to Mitt Romney and Rick Perry; and he has won run-away polling victories in relation to the GOP debates. On 11 October 2011, he won the Value Voters Summit poll 37% to 23% for Herman Cain, where Tony Perkins of the Family Research Counsel, which sponsored the event, repudiated his own poll and declared Cain as the one who had attained the real victory. On 24 October 2011, Ron Paul won the Ohio straw poll, 54% to 26% for Herman Cain and just 9% for Romney.

After a GOP presidential debate held on 22 September 2011, FOX NEWS published poll results showing that Ron Paul had won with 30% trailed by Romney with 27%, Perry with 15%, and Cain with 9%. Even Russia Today reported “Fox Freaks after Ron Paul Wins Debate” by taking down the poll results after Ron Paul took the lead. RT even quoted Ralph Nader, whom most of us have long admired, who said that, in his opinion, Paul was the most appealing of the GOP candidates and offered the following reasons:

“He wants to get out of these wars overseas, he wants to bring the soldiers back, he wants to cut the bloated military budget, he wants to change some of the anti-civil liberty provisions in the Patriot Act, he hates corporate welfare and all these bailouts of Wall Street crooks,” said Nader. “He ought to get more attention, instead of ten times more attention being given to Michele Bachmann.”

Ron Paul’s opposition to corporate welfare and crony capitalism has now been reinforced by Bank of America’s transfer of $75 trillion in risky derivatives liabilities from one side of the ledger to the other (and thereby shifting it to the back of American taxpayers) and another $79 trillion by JP Morgan are only the latest and most breath-taking demonstrations. That bankers and corporations–including those dominated by the promotion of Zionist interests–fear him should come as no surprise, as many Americans are beginning to perceive.

Perhaps the most astounding result of all followed the Republican debate held at the Reagan Library, where msnbc published the following results:

Since this poll occurred following the Republican debate on 7 September, I infer that, by 22 September, when Fox pulled its results, the corporations that control the media had determined that it was better to publish no poll results at all than to publish poll results that massively favored Ron Paul.

Some might contend that Ron Paul was even featured on “Meet the Press” on 23 October 2011 as part of a series that featured the GOP candidates. His exclusion would have been too blatant a form of bias for any American to miss, so they included him. As I watched the program on that Sunday, I was not the least surprised by the direct and pointed fashion in which Ron Paul answered the questions that were posed by David Gregory, even one that was loaded about student loans. I was equally unsurprised when his proposal to phase them out (but without explaining his Constitutional rationale) was the only answer that was featured in an article in the Wisconsin State Journal (24 October 2011, A13) which led to a letter (28 October 2011, A13) of complaint about that move, but which was also accompanied by another objecting to the near-compete media blackout.

Notice how this technique combines special pleading with the straw man, where his proposals to end these wars of aggression, bring our troops home, close our bases abroad, cut defense spending, abolish the FED, restore civil liberties, and end crony capitalism are just too much for the major corporations who control the media to tolerate. They do not even publish the Constitutional reasons he would end student loans, which may not be a plank we all want to support but deserves a fair explanation. So if there are any lingering doubts about whether we in the United States have a free press, they are decisively refuted by this example, where the media are combining the suppression of information about Ron Paul with special pleading by only publicizing positions of his that they believe will diminish his support, which betrays the principles upon which this country was founded. Thomas Jefferson would not have been pleased.

21 thoughts on “Reason and Rationality in Public Debate: The Case of Ron Paul”