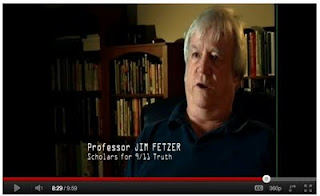 Perhaps the most interesting of my 9/11 interviews was one with IRNA (The Islamic Republic News Agency) of Iran, which came in the form of a series of written interrogatories. I have discussed it and the problems entailed by its translation into Farsi and then back into English in a column on Veterans Today. Here I want to present the bare bones of the questions asked and answers given, for those who may be searching for an overview about 9/11.

As the founder of Scholars for 9/11 Truth and retired professional scholar, I have expended considerable time and effort interacting with those in professions complementary to my own in the history and philosophy of science, including pilots, physicists, engineers (aeronautical, structural, mechanical) and many other disciplines. A summary of our scientific findings about 9/11 may be found at this link and of our analysis of the politics of 9/11 here.

This interview has been published in Farsi here. I would be most grateful to anyone fluent in that language if they could compare my submission with the translation provided there. The limitations of machine translation (from Farsi into English) are, at this point in time, rather severe, which means that the gross inadequacy of such a translation does not mean that this was not translated properly by IRNA. Here are the questions I was asked and the answers I gave.

Hello Mr James Fetzer
Again I thank you for this interview.

1- Has this incident been faked or terrorist? What are your reasons?

The events of 9/11 were elaborately staged to instill fear into the American people to make them easier to manipulate for political purposes, especially by supporting a “War on Terror” involving invasions of countries that never attacked us, including Afghanistan and Iraq, especially. See “Peeling the 9/11 Onion: Layers of Plots within Plots”, Veterans Today.

2- Despite the strong security system in the USA, is it possible for such an incident to occur?

Because elements at the highest levels of the Department of Defense and the Pentagon–no doubt including the CIA were involved in planning and executing these events, including the 17 “anti-terrorism” drills that were taking place that morning. They completely defeated any possibility of a military response to these “hijackings”. And because the American press has been bought–lock, stock, and barrel–by powerful corporations who no longer have the dedication to investigation and integrity to expose the truth about 9/11.

3- What are the goals behind the incident?

They were to seize the opportunity created by the demise of the USSR that left the USA as the sole remaining superpower. Those who were involved in the Project for the New American Century believed they could create a world in which the United States would dominate the world for the next 100 years–if only the American people could be convinced there existed a threat justifying the restriction of civil liberties and massive expenditures to support wars of aggression in Iraq and Afghanistan–and potentially Libya, Pakistan, Syria, and even Iran. It was a diabolical plan.

4. What do you think about existence of Al Qaeda? Is it a fictional group or a real?

Al Qaeda was a creation of the CIA for the purpose of funding resistance to the Soviets when they invaded Afghanistan. The US provided missiles to the resistance that enabled them to shoot down Russian helicopters, which made the incursion too costly to continue. The role of Osama bin Laden as an American operative in that operation has been conveniently omitted from the history books and films like “Charlie Wilson’s War”.

5. What about it’s leader, Ben Laden? In 2002 Mr Alex Jones, Film Producer Radio host, announced, he was dead. Do you think that is true?

Yes, Osama bin Laden died on or about 15 December 2001. He was buried in an unmarked grave in Afghanistan. David Ray Griffin has a book about it, OSAMA BIN LADEN: DEAD OR ALIVE? (2009), which lays out evidence of his death at that time. In “Seven Questions about 9/11”, Veterans Today, I quote experts who were not only told that Osama by the nation’s highest ranking general at the time that Osama died in 2001 but that the events of 9/11 were a “false flag” attack, as I have described it above.

My most extensive discussion may be found in “Peeling the 9/11 Onion: Layers of Plots within Plots”, Veterans Today. There were many forms of deception. The first was to suggest that the Palestinians were involved. The second that it was done by 19 Islamic fundamentalists. The third that Saudi Arabia and Pakistan were involved. The fourth that it happened by accident because the US intelligence agencies were not communicating, all to cover up that it was arranged by the CIA, the Department of Defense, and the Israeli Mossad. No one gained more from 9/11 than did Israel, which I also address in that article and in “The BBC’s instrument of 9/11 misinformation”, which is also archived at Veterans Today.

7. What is the connection between 9/11 and financial crisis?

These wars of aggression have undermined the national security of the United States, which depends upon economic vitality, military strength and moral standing. We are not only depleting our military strength by conducting too many wars at the same time with repeated rotations of the same troops, over and over, but they are depleting the national treasury of trillions of dollars, while the world stands in dismay at the corruption of the standing of America, which used to be a beacon of truth and justice for the people of the world. Sad to say, that is no longer the case today.

8. Some say that before 9/11 certain shareholders traded their shares because they were aware of this incident. What is your opinion?

Thomas Kean and Lee Hamilton, the co-chairs of The 9/11 Commission, have indicated that they know who placed those short-options, but that they could not have had anything to do with 9/11. Apparently, they traced it back to the CIA. If these guys had no more understand that this, they had no business being co-chairs of that commission, since they had no grasp of the depth of duplicity of the CIA, the FBI, and other federal agencies.

The greatest beneficiary, no doubt, has been Israel. Benjamin Netanyahu, when first asked about 9/11, said it was good–then realized his blunder and added, “Well, it’s not good. But at least the Americans will know what it’s like to have to deal with terrorism”. There are many indications that the Mossad was involved, from 200 “art students” in this country, many of whom were following those who would be cast as the “patsies”, to “the Dancing Israelis”, to the dual US-Israeli citizens who dominated the Department of Defense, to Dov Zakheim, who was the comptroller of the Pentagon when $2.3 trillion when missing, to Michael Chertoff, who directed the release of “the Dancing Israelis” (who returned to Israel, where three of them went on television to report that they were there to “document” the destruction of the World Trade Center), to Urban Moving Systems, a Mossad asset, and much, much more.

US military force is being used to destroy the integrity of Arab states for the benefit of Israel by turning them into smaller “statelets” based upon religious and ethic affiliations, where Iraq will dissolve into Sunni, Shia, and Kurdish mini-states, and similar consequences will occur throughout the region, which will leave Israel as the most dominant state in the Middle East–except for Iran, which is why they are trying to promote a war with Iran. The US has been the big loser, where the depletion of its national treasury, the sapping of its military strength, and the damage to its standing as a beacon of truth, justice, and morality has taken a massive hit–which has become even more costly with the corrupt and immoral use of NATO as an instrument of aggression in attacking Libya, another state that has never attacked the US.

10. Could this be related to Zionism?

Yes, without doubt. Virtually all the principals involved in 9/11 were fervent Zionists, who believe in Jewish superiority and the entitlement of Israel to the lands of Palestine, which rests upon dubious historical precedents. I regard Dick Cheney, Donald Rumsfeld, Paul Wolfowitz, Richard Pearl, Donald Feith, William Kristol, Charles Krauthammer, Gen. Richard Myers, Rudi Giuliani, and Larry Silverstein as among the principals behind 9/11. Dick Cheney even appears to have been the one coordinating events at least at the Pentagon, if not in New York as well. Bush deserves honorable mention, but he was too dumb to be informed of what was really going in, where Michael Ruppert, CROSSING THE RUBICON (2004), has drawn the same conclusion.

11. How do you assess the future repercussions of this incident?

Enormous and enduring. The loss of civil liberties in the US because of the PATRIOT Act, the Military Commissions Act, and other insults to the integrity of the American people, including the absurd screening processes being employed at airports across the country, are intended to induce more fear into the public. Indeed, the use of violence and threats of violence to induce fear in a population to make it more amenable to political manipulation is a defining characteristic of terrorism. So it turns out that the US government (under Bush and Cheney) was practicing terrorism on the American people, which has not been undone by Obama and Biden. So we appear to have crossed the Rubicon, indeed, by shifting this country toward a neo-fascist police state where the rich and powerful rule in their own interests and not those of the American people.

Jim Fetzer, McKnight Professor Emeritus at the University of Minnesota Duluth, is a former Marine Corps officer and the founder of Scholars for 9/11 Truth.

Will on Paul Craig Roberts, Hydroxychloroquine One More Time (URGENT!)

Will on Edward Hendrie, Vaccines Cause Autism and Allergies