Breaking News
New Evidence Reveals that Senator John McCain and Other High-Ranking Vietnam War POWs May Have Lied to the American Public About Being Tortured
Woke Ideology Mimics Precursors to Totalitarian Slaughter, Experts Say
Mike Palecek, The Hoax is In
The ‘Defund the Police’ Movement Has a Broader Agenda and Its Not to Stop the Killing of Black People
Paul Craig Roberts, Why Countries Collapse
24 Jun, 2021
Skip to content
Jerry Mazza, an independent journalist in New York, has written another brilliant piece about the truth of 9/11 in relation to Mahmoud Ahmadinejad’s observations that an international investigation should be conducted to determine who was responsible for 9/11.  President  Barack Obama promply called Iranian President Ahmadinejad’s remarks at the United Nations yesterday “offensive” and “hateful.” According to NEWSMAX, “In his first comments on the Iranian leader’s statement that the Sept. 11 terrorist attacks may have been orchestrated to bolster the U.S. economy and “save the Zionist regime,” Obama told BBC Persian that “for him to make a statement like that was inexcusable.” But Ahmadinejad was simply saying what American politicians are afraid to say.
What is truly “inexcusable” is that a President of the United States should be so massively ignorant of what the rest of the world already  knows, which is that 9/11 was the joint product of American Neo-Cons (and possibly even European Neo-Cons) working together with the Mossad to bring about consequences that would be beneficial to Israel, not to the USA. We have gained nothing by these reckless wars in violation of international law, the UN  Charter, and even the US Constitution.  When Obama announced that he was going to send 30,000 more troops to Afghanistan because that was  the region from which we were attacked and that we were still searching for Osama bin Laden, I knew we were in trouble. Osama died on or about 15 December 2001 and al Qaeda had nothing to do with it.He must think he is presiding over a nation of saps.
———————————————————–
Even your best friends won’t tell you
by Jerry Mazza 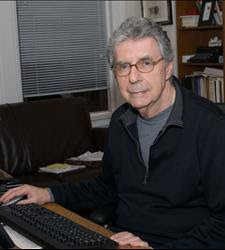 As I remember, that has been a headline for everything from bad breath to dandruff sufferers to those suffering from body odors. The headline was ideal shame-making for manufacturers of mouthwashes, dandruff shampoos, deodorants and antiperspirants. And now it applies to our purported worst enemy, the President of Iran, Mahmoud Ahmedinejad. That is, he’s telling us what none of our “best friends” in our government are saying, “that the American government may have been behind the 9/11 attack.”
After being greeted by a round of applause as he entered the U.N. General Assembly recently, on September 23, Ahmedinejad was applauded again after his remarks. During his U.N. General assembly address he called for a “U.N. fact finding group to investigate 9/11.” I hope their findings (if a group should ever come about) won’t be treated like the fact-finding results of Hans Blitz, head of the UN’s United Nations Monitoring, Verification and Inspection Commission. His claims of no WMD in Hussein’s Iraq were ignored. As were the claims of orthodox Jewish Justice Richard Goldstone’s report on Zionist overkill in Gaza.

How about a fact-finding group of U.S. 911 Scholars, academics, scientists, architects, engineers, journalists, even celebrities who know? After all, it is about our country.
Meanwhile, Ahmedinejad went on to say what our “best friends” would never say, that “the majority of the American people as well as most nations and politicians around the world” believe that “some segments within the U.S. government orchestrated the attack to reverse the declining of the American economy and its grips on the Middle East in order to save the Zionist regime” (read Israel). Sounds on the money to me and to 1200-plus architects and engineers for AE911ruth.org, Pilots, retired military officers, and journalists for 911 Truth.

Certainly, any mention of this will draw AIPAC out with fangs and claws in striking media positions to further discredit the truth-telling Ahmedinejad and ask for Zionist Israel’s right to bomb Iran back into the stone-age. That is so the Zionists can become the scourge of the entire Mid East, not just Iraq (whom they prompted the U.S. and George Bush to attack), and as they have engulfed and are devouring Palestine, that is, the fragments of what is left of the nation that now is Israel, and, as they tell us, “our best friends.”

As I remember, the Five Dancing Israelis, who were celebrating the 9/11 attack by dancing on a white van and cam-cording it in a park directly across the Hudson River, with the smoking, crumbling Towers in the background, and dressed as Arabs, one flicking his cigarette lighter to the havoc behind him just for laughs. Yes, he/they said words to the police that had been called by onlookers to the effect of why are you arresting us, we’re your friends. Now you know what it’s like.
After being arrested and held by the FBI for 72 days, ironically “our friends,” who probably were involved with the remote control flying of whatever crafts or drones those “airliners” were on that day, went on television in Israel to say they were just there to “document” the event. How would they know there was going to be an event if they weren’t involved in its planning and execution? But then, despite the traces of explosives sniffing k-9’s found in the first white van (then two others), they found a goodly amount of cash, maps of our subways, bridges and tunnels.
The second van was found in an off-ramp of the George Washington Bridge with similar evidence of explosives, some cash, maps of subways, bridges and tunnels. And the third van was found parked on King Street between Sixth Avenue and Varick, which leads in only minutes down to the Lincoln Tunnel. Only this van had a realistic picture painted on its panel of an airliner crashing into the Towers, and two more idiots dressed like Arabs sitting inside. They tussled with the NYPD, who arrested them as the others. Yet all of “our best friends” were released once they returned to Israel.But then our “best friends” on whom we’ve showered hundreds of billions of dollars for defense, including free “surplus” jet fighters and other military hardware, unsecured loans, etc., since Israel’s inception in 1948, wouldn’t say a word about 9/11, only to point fingers at their Muslim enemies, as ex P.M. Ehud Barak did on national TV only minutes after the Towers were hit. He said that it was Osama bin Laden that did it. How did he know that so quickly? And if he did, why didn’t he and his government warn us in advance in a convincing manner, like best friends should?
So is it any wonder that everybody knows what our national media helps them not to know, that 9/11 was an Inside Job, but few like Ahmedinejad will tell us. The last one was the former president of Italy, who had grown up in Italy’s intelligence agencies. His announcement blew through our media like the proverbial fart in the breeze. Ahmadinejad’s missive is going from Fox News Applause for Ahmedinejad to US Fury At Ahmadinejad’s 9/11 Speech, and more in line with setting a wildfire of fear and anger.
The latter was referenced by our State Department spokesman, P.J. Crowley who said “a short distance from here, nine years ago, three-thousand people were killed in an attack perpetrated by nineteen people, and an attack that was orchestrated by Al Qaeda. We know exactly who did it, they’ve admitted it, the facts are not in dispute. So for the President of Iran to come here and make the suggestion somehow this was an American plot, is simply outrageous.”
First of all, Mr. Crowley, the death toll was 2,752 victims who died in the attacks on the World Trade Center, which included 343 firefighters and 60 police officers from New York City and the Port Authority. 184 people were killed in the attacks on the Pentagon. The overwhelming majority of casualties were civilians, including nationals of over 70 countries. Also 900 first responders have also died since that day from fatal diseases caused by their exposure to the chemical and thermite infected dust of Ground Zero. Their deaths were due to wearing (or not wearing) paper face masks given to them instead of real respirators. Plus, tens of thousands more who worked “on the pile” at Ground Zero and off are sick unto dying. So the facts are disputed, and widely.
Then, too, Osama bin Laden has been taken off the FBI’s Most Wanted List* for the crime of 9/11.  The 19 Muslim purported perpetrators and their pictures were pulled from an FBI file pell-mell and days later convicted in the press. Subsequently FBI Chief Robert Mueller said words to the effect that we could not be sure these were the men. So those facts are in dispute too, including that seven or eight of the men have been living in Mid East countries during the attacks, and were victims of identity thefts.ue to lack of evidence. dditionally 15 of the purported attackers were said to be Saudis. Yet we never attacked Saudi, Arabia, but we did attack Afghanistan, have not found Osama bin Laden (our stated purpose, who is said to be dead by the dean of 9/11 Scholars David Raye Griffin in his book Osama bin Laden – Dead or Alive), having passed in late December of 2001 and been buried, with notices in Pakistan newspapers, in an unmarked grave (in Muslim tradition) somewhere in Pakistan. Perhaps he makes a better poster boy than corpse. 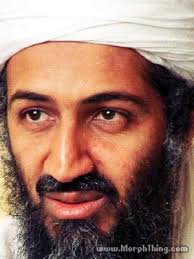 In August of 2001, Bin Laden had been in the American Hospital where he met his CIA handler (from his Mujahadeen days), but then he was in the hospital for dialysis for a serious kidney disease. Purportedly he ran the 9/11 op from a cave on the Pak/Afghan border from a laptop. Whether or not his aides trotted his dialysis machine to the cave is in doubt.
In fact, when the U.S. Army had him cornered him in Tora Bora, they were unable to catch him and, fleet-footed, he slipped away into the eternal night of no real facts and the cloud of the government conspiracy, in question by intelligent human beings all over the planet. So, making the statements you did, Mr. Crowley, signifies you don’t read or perhaps are simply an idiot born to high places, and not a friend at all. And lastly, Osama’s so-called confession was admitted to be a fake by no less than the CIA recently, thanks to voice-morphing technology, and the simple facts that the man in the video had a fuller face, flatter nose, and wore a gold ring and chain, a no-no for an orthodox Muslim.
As to the other confessions you may be referring to, Khalid Sheik Mohammed’s for instance, it was obtained in 2003 when he was tortured by water-boarding some 183 times. President Bush subsequently asked for a non-torture confession and, surprise, got it. As for Zacharias Moussaoui, a wanna-be top-gun, his testimony was given to the court as he wore a stun belt under his robes. Originally, the FBI refused to pick him up based on his laptop evidence gathered by FBI woman Colene Rowley’s group in Minnesota. Her whistle-blowing efforts eventually lead to her resignation for FBI inaction. She has subsequently become an activist for 9/11 Truth.
Osama Bin Laden is still on the FBI “Most Wanted List” as a terrorist, with a $25 million dollar bounty on his head, as of Sept. 25, 2010, but prior references to 911 are now missing.
####
Please follow and like us:

One thought on “Even Your Best Friends Won’t Tell You: Ahmadinejad’s UN General Assembly Speech”