“If we think that direct action will involve killing an American, we get specific permission to do that,” the criteria being “whether that American is involved in a group that is trying to attack us, whether that American is a threat to other Americans. Those are the factors involved. We don’t target people for free speech. We target them for taking action that threatens Americans or has resulted in it,” based on suspicions, not evidence.

Muslim cleric Anwar al-Awlaki, a US citizen living in Yemen, was perhaps the first “announced” candidate, targeted for opposing US belligerency, not crimes.

“There are, in my mind, dozens of US persons who are in different parts of the world, and they are very concerning to us, not just because of the passport they hold, but because they understand our operational environment here, they bring with them certain skills, whether it be language skills or familiarity with potential targets, and they are very worrisome, and we are determined to take away their ability to assist with terrorist attacks.”

“If an American person or citizen is in Yemen or in Pakistan or in Somalia or another place, and they are (suspected of) trying to carry out attacks against US interests, they also will face the full brunt of a US response. What we need to do is to apply the appropriate tool and the appropriate response,” leaving little doubt what he meant, putting all Americans at risk globally, based on suspicions, not proof – potential targets for lawless assassinations with impunity. 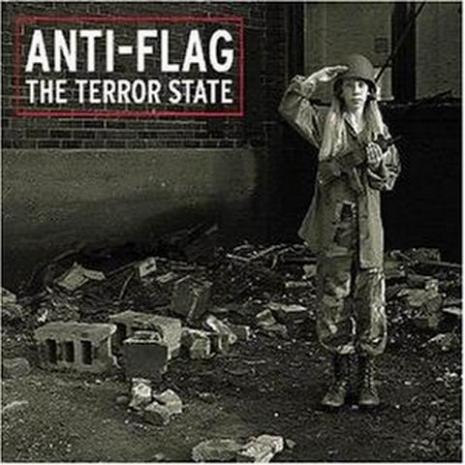 It was standard policy under George Bush’s November 2001 Military Order Number 1, authorizing the capture, kidnapping, or otherwise neutralizing of non-citizens (and later citizens) suspected of terrorist involvement, holding them indefinitely without charge, evidence, or due process, treating them as non-persons, disappearing them forever, the practice continuing under Obama.

Last September, it was learned that then Central Command head General David Petraeus issued a secret directive to send covert US Special Operations forces to friendly and hostile states in the Middle East, Central Asia, the Horn of Africa, and by implication anywhere in the world to “penetrate, disrupt, defeat or destroy” terror threats and “prepare the environment” for planned military attacks.

The Obama administration “has significantly expanded a largely secret US war against al-Qaeda and other radical groups with Special Ops forces in 75 countries, compared with about 60 at the beginning of last year.”

He usurped even greater power than George Bush to pursue an “aggressive secret war against al-Qaeda and other radical groups,” using increased drone attacks and 9,000 Special Forces in Afghanistan and Pakistan, killing hundreds, perhaps thousands, of civilians, operations continuing daily.

US Treasury’s Office of Foreign Assets (OFAC) regulations, under The International Emergency Economic Powers Act, prohibit lawyers from defending accused terrorists pro bono without government permission, violators subject to up to 20 years imprisonment and fines up to $1 million.

According to Bill Quigley, Legal Director for the Center for Constitutional Rights (CCR), the prohibition is unconstitutional, violating the Separation of Powers and First Amendment protection of “the right of non-profit lawyers and legal organizations to give pro bono legal representation to any US citizen,” guaranteed also under the Fifth Amendment. CCR/ACLU’/s brief states:

“The notion that the government can compel a citizen to seek its permission before challenging the constitutionality of its actions in court is wholly foreign to our constitutional system, (and as) non-profit organizations dedicated to protecting civil liberties and human rights, Plaintiffs have a First Amendment (Fifth Amendment, and Separation of Powers) right to represent clients in litigation consistent with their organizational missions.”

US law, not al-Awlaki, is at issue, the Obama administration exceeding its predecessor’s lawlessness, expanding its imperial wars, threatening other parts of the world on every continent, openly targeting US citizens globally, perhaps even in America covertly by disappearing them, and denying lawyers the right to represent them – a clear example of despotism.

A US army Black Hawk helicopter flies as the sun sets over Baghdad, Iraq.

Several times it tried unsuccessfully to kill al-Awlaki. Covert efforts continue. CCR and ACLU want to defend him, saying civil law must decide, not Treasury regulations or Pentagon/CIA assassins. His father said “If the government has proof his son violated the law, then they should charge him in public and let the law take its course.”

According to Quigley and others supporting the rule of law, “The right to go to court to challenge the government is a core US value.”

As a result, on August 3, CCR and the ACLU sued Treasury Secretary Tim Geithner and Adam Szubin, Office of Foreign Assets Control Director, “challeng(ing) the legality of a regulatory scheme that requires attorneys to seek permission from the government before providing uncompensated legal representation to or for the benefit of individuals whom the government has designated as terrorists. In this case, the effect of the scheme may be to deny legal representation to a United States citizen whom the government is attempting to kill without any legal process.”

The suit seeks an emergency order, invalidating the Treasury’s unconstitutional regulation, permitting pro-bono representation to proceed without criminal or monetary penalties. If successful, a second suit will try to enjoin al-Awlaki’s assassination. However, in today’s lawless environment, the federal courts stacked with right-wing ideologues, and a reckless, out-of-control administration, CCR and ACLU lawyers face daunting obstacles to succeed – despite only wanting constitutional law enforced.

In early July, Nasser al-Awlaki, Anwar’s father, retained CCR and the ACLU on his behalf. On July 16, OFEC named him a “specially designated global terrorist,” prohibiting legal representation without permission. CCR and ACLU sought it but were denied, their suit challenging OFAC’s decision “to invalidate the regulations and to make clear that lawyers can (represent “designated”) individuals without first seeking the government’s consent.”

Its purpose is to challenge the lawless decision to kill American citizens, including al-Awlaki, without charge, evidence, trial, or due process – authority not allowed under US and international law.

“Under international human rights law, lethal force may be used in peacetime only when there is an imminent threat of deadly attack and (killing) is a last resort.”

Designating US citizens terrorists, providing no criminal proof of guilt or evidence of an imminent threat, and denying them legal representation is lawless and egregious by any standard. Yet, post-9/11, “the US government has (targeted and) detained thousands of men as terrorists, only for courts or the government itself later to discover that the evidence (or charge) was wrong or unreliable and released them.”

No one should be denied due process and judicial fairness. US policy is shocking, egregious and illegal, CCR, ACLU, numerous human rights groups, and others challenging it courageously, representing our rights like al-Awlaki’s, fighting for the rule of law to prevent further democratic freedom erosions, vanishing in plain sight.

In a late development, Politico.com reports that the Treasury Department will let CCR and ACLU represent al-Awlaki, OFAC Director Szubin saying Treasury’s policy “is to broadly authorize the provision of pro bono legal services….To the extent that the particular legal services that the ACLU (and CCR wish) to provide in this instance do not fall into any of the broad categories that are generally licensed, (OFAC) will work with (them) to ensure that the legal services can be delivered.”

“President Obama is claiming the power to act as judge, jury and executioner while suspending any semblance of due process….The US government is going outside the law to create an ever-larger global war zone and turn the whole world into a battlefield. Would we tolerate it if China or France secretly decided to execute their enemies inside the US?”

In a separately filed March Freedom of Information Act (FOIA) suit, the ACLU wants information on procedures followed to put individuals like al-Awlaki on an unconstitutional hit list.

Stephen Lendman lives in Chicago and can be reached at lendmanstephen@sbcglobal.net. Also visit his blog site at sjlendman.blogspot.com and listen to cutting-edge discussions with distinguished guests on the Progressive Radio News Hour on the Progressive Radio Network Thursdays at 10AM US Central time and Saturdays and Sundays at noon. All programs are archived for easy listening.

PENN Magazine (Reprised and Updated): How we Know we Didn’t Go to the Moon