Israel cannot handle its past. Israeli PM Benjamin Netanyahu decided this week to extend from 50 to 70 years the time state archives remain classified. Israel realizes that it has too much to hide.

Haaretz reported this week (in its Hebrew edition only), that the first documents will be released to the public only in 2018 (1948+70). Many of the documents that are stored in the archive are relevant to the history of the first 20 years of the Jewish state: the mass expulsion of the Palestinian people, the massacres in Deir Yassin, Tantura and many others, the 1956 Suez conflict, the Israeli nuclear project and so on. Disclosing such documents may bring to light some facts that could “shatter myths and cause embarrassment to many entities and individuals” said the Israeli paper. I guess that president Shimon Peres is one of those ‘many individuals’.

In my latest work I elaborated on the concerning fact that history is foreign to the Jewish religion, ideology and politics. Israeli and Jewish history are set as phantasmic tales. Facts and historical documents are either pushed aside, shoved under the carpet, eliminated or simply destroyed. As we all know, truth seeking is interpreted by Israelis and Zionist as anti Semitism or even holocaust denial. 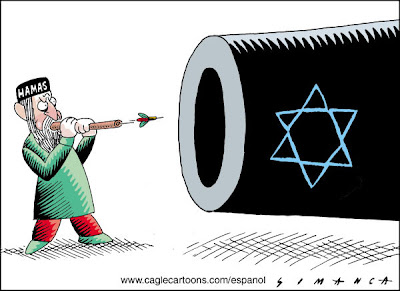 As it seems, 50 years were not enough for Israel to tackle its original sin. The reason is simple, the crimes that are entangled with the foundation of the Jewish state have never been resolved. Millions of Palestinian refugees are still awaiting to return to their land. Israel is still driven by racist and supremacist laws. The Jewish state has never matured of its lethal philosophy of constant physical intimidation. Consequently, the IDF, the Mossad and the security services mounted pressure on the government to extend the classification status of these 50 year old documents. And no surprise Netanyahu has provided the required extension.

Haaretz pointed out that it is slightly peculiar that PM Netanyahu, the son of Benzion Netanyahu, a Zionist historian, gave his hand to a crude attempt to conceal historical research and truth seeking. I read Benzion Netanyahu, I actually learned a lot from him. Benzion wasn’t exactly an ordinary historian, he was a Zionist historian (as opposed to a historian of Zionism). He was there to give the Jewish national aspiration a contextual pseudo academic meaning. PM Netanyahu’s decision to hide facts for another 20 years is actually in line with his father’s philosophy.

A disclosure of the truth regarding Israel’s early days would reveal that the Jewish state was a murderous lethal attempt from its very beginning. As much as Zionist and Israeli leaders vowed publicly to make Jews ‘people like all other people’, behind closed doors they commanded their army and secret services to kill like their imaginary Biblical forefathers.

I would argue that from a historical perspective, Israel can keep sitting on its secret files as long as it wants. We do not really need the Israeli archive in order to examine the true murderous meaning of the Jewish state and the Jewish national project. However, the fact that Israel insists on hiding its past, means that there is a little bit of shame and consciousness left in this tribal collective. This is actually a positive sign.

You may learn also about freedom of speech and freedom of expression in the so-called ‘only democracy’ in the Middle East.

There you go, Oliver Stone apologized for suggesting that the Jewish lobby controls Washington’s foreign policy and that Hitler’s actions should be put into context.

In fact, Stone’s apology confirms Stone’s argument. We are subject to constant assault by Jewish and Israeli gatekeepers who insist on controlling the political and historical discourse and defy any possible criticism of Jewish national affairs.

“In trying to make a broader historical point about the range of atrocities the Germans committed against many people, I made a clumsy association about the Holocaust, for which I am sorry and I regret,” Stone said in a statement released late Monday, the day after his remarks were published in a British newspaper. Oliver Stone. ‘It was wrong of me’ Photo: Getty Images Bank

JTA reported today that Elan Steinberg, vice president of the American Gathering of Holocaust Survivors and their Descendants, was among the Jewish organizations and Israeli officials to condemn the remarks.

Steinberg in a statement said Stone’s apology “was necessary and we accept it. But whether he acted out of sincerity or as a desperate response to the moral outcry at his comments is an open question,” he added. “He must be judged by his future words and deeds.”

Steinberg demands “sincerity” and future subservience. I would actually expect him to join Stone and be slightly more enthusiastic about historical research and contextual thinking.

Israel’s propaganda minister’, Yuli Edelstein, was also among those who had condemned Stone’s remarks early Monday. “They are nauseating, anti-Semitic and racist, Not only is he showing ignorance, he is demonizing Jews for no reason and returning to the ‘Protocols of the Elders of Zion.’

Interesting indeed. Stone doesn’t refer to race. There is nothing anti Semitic in his remark whatsoever unless telling the truth is a form of anti Semitism. Moreover, Stone didn’t demonize Jews for being Jews, he described some actions committed by Jewish institutional lobbies, actions that are now academically documented and studied. He did it for a good reason. Stone is probably patriotic or pragmatic enough to gather that peace is important.

Richard Gizbert sits down with Academy Award-winning director Oliver Stone to talk about his new film South of the Border and the surprising role that media, both Latin American and North American play in shaping and reflecting the narrative of South America’s political history.

“When a man of Stone’s stature speaks in this way”, said Edelstein, “it can bring waves of anti-Semitism and anti-Israel sentiment, and may even damage Jewish communities and individuals.” Edelstein is almost correct. Stone was brave enough to tell the truth about Jewish power, he probably wasn’t courageous enough to stand for it, which is understandable. However, Edelstein and other Jewish leaders better realise that Stone is far from being mad, anti Semitic or racist. Stone told the truth as we all see it.

Instead of silencing criticism, Edelstein, Steinberg and others better look in the mirror because the time is running out for Israel and its supporters.