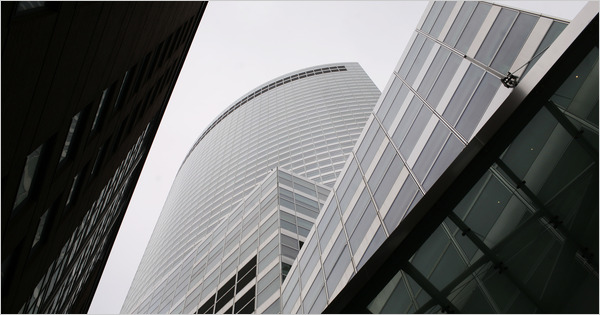 Lately just about every month I find myself writing a check to the National Committee to Preserve Social Security and Medicare. As a recipient of both, I feel it’s a cause worth supporting, especially now, and since Barbara Kennelly, its President and CEO, tells me in her newsletter that the “P” word for Privatization has reared its ugly head again. Bad ideas never seem to go away.

As Barbara writes, “Yes, another Social Security privatization plan much like the one we battled—and defeated—under the Bush Administration is making a comeback.” She adds, “And just like 2005, soaring federal debt is fueling this dangerous idea that proponents claim is essential to our nation’s economic security. But this time we’re under siege of a full-blown debt crisis…and the pressure is on like never before.” My first thought is that Social Security did not bring on the debt crisis. It was the crooked banks that went into massive debt through bad and willfully corrupt decision making, and the use of deadly derivatives, Credit Default Obligations (CDO’s) and Credit Default Swaps (CDS’s). See U.S. Accuses Goldman of Fraud and Top Goldman Leaders Said to Have Overseen Mortgage Unit.

Add to this corruption, the endlessly soaring military budget, which is to fight three wars at once in Afghanistan, Pakistan, and Iraq. Secondly, the thought of handing Social Security funds to the thieves of the financial system is not only idiotic. It’s guaranteed to make those funds vanish in manipulated losses, more bailouts, and more fat-cat profits for Wall Street and its boys.

Any senior who would give those crooks a penny of their Social Security benefits, should have his or her head examined. It’s like inviting the foxes into the hen house one more time.

But Barbara, bless her, is worried that “Heavy hitters, including the House Budget Committee ranking member and senior members of the minority leadership, are strongly behind ‘debt reduction’ plans that put future benefits at risk.”

In response to financial risk, let me show you what award-winning investigative reporter Dave Lindorff says about the new and incredibly bloated military budget. His article is called Your Tax Dollars at War: More Than 53% of Your Tax Payment Goes to the Military. And it’s more than appropriate to write this mid-April, the cut-off date for tax payment. Let me a quote you a few of Lindorff’s startling paragraphs…

“The budget for the 2011 fiscal year, which has to be voted by Congress by this Oct. 1, looks to be about $3 trillion, not counting the funds collected for Social Security (since the Vietnam War, the government has included the Social Security Trust Fund in the budget as a way to make the cost of America’s imperial military adventures seem smaller in comparison to the total cost of government). Meanwhile, the military share of the budget works out to about $1.6 trillion.” Got that? The government, since Vietnam, was actually including the Social Security Trust Fund in the budget to make the cost of America’s military mania seem smaller next to the total cost of government. But there’s more. Hold on…

“That [$3trillion] figure includes the Pentagon budget request of $717 billion, plus an estimated $200 billion in supplemental funding (called ‘overseas contingency funding’ in euphemistic White House-speak), to fund the wars in Afghanistan and Iraq, some $40 billion or more in ‘black box’ intelligence agency funding, $94 billion in non-DOD military spending (that would include stuff like military activities funded through NASA, military spending by the State Department, etc., military-related activities within the Dept. of Homeland Security, etc.), $123 billion in veterans benefits and health care spending, and $400 billion in interest on debt raised to pay for prior wars and the standing military during peacetime (whatever that is!).” How’s that for a spending menu? But there’s more…

“The 2011 military budget, by the way, is the largest in history, not just in actual dollars, but in inflation-adjusted dollars, exceeding even the spending in World War II, when the nation was on an all-out war footing. “This military spending in all its myriad forms works out to represent 53% of total US federal spending.”

Now, how about them apples? 53 cents on every tax dollar (including your taxes paid for receiving Social Security) will go to needlessly bombing, maiming, and killing people you don’t even know, or know why they are being stomped on like so many ants, including by remote-controlled drones, fired no less by the CIA from Langley, Virginia. These drones sometimes hit their “targets” and more often kill innocent civilians, men, women, children, and the aged, who can’t get out of the way fast enough.

Returning to Barbara, she continues, “And this is an election year after all. They know that informed citizens like you won’t support any plan using the ‘P’ word, let alone any talk of benefit cuts. So they’re changing the rhetoric, using terms like ‘re-engineering,’ ‘reforming,’ [like they reformed health-care] and ‘transitioning’ to describe these unpopular plans.

“But whatever they choose to call it, the true goal couldn’t be clearer: to move much of Social Security into the hands of Wall Street bankers. And seniors will pay the price.” Alright, that sounds awful and downright unpractical. But let me turn to Dave Lindorff, for more of his bon mots…

“It’s also a military budget that is rising at a faster pace than any other part of the budget (with the possible exception of bailing out crooked Wall Street financial firms and their managers). For the past decade, and continuing under the present administration, military budgets have been rising at a 9% annual clip, making health care inflation look tiny by comparison.

“US military spending isn’t just half of the US budget, though. It is also half of the entire global spending on war and weaponry. In 2009, according to the venerable War Resisters League, US military spending accounted for 47% of all money spent globally on war, weapons and military preparedness (it’s probably closer to 50% now). What contributes to that staggering figure is that America’s allies— countries like France, Britain, Germany, Italy, and Japan— account for another 21% of the world’s military spending. Fully 12 of the top-spenders among big military-spending nations are either allies of the US, or are friendly or completely non-threatening countries like Brazil and India. That is to say, America and its friends and allies account for more than two-thirds of all military spending worldwide.”

So, while the US Government and it’s so-called “allies” account for more than two-thirds of the military spending worldwide, the US government would like even more money to come out the sweat and blood and life’s work of senior citizens, seniors who paid their Social Security taxes through their working years, and paid it religiously, as it was matched by their employers.

And even if there was a shortfall in the Social Security Trust, you could raise the tax on Social Security as it was raised before by Ronald Reagan. Or you could raise the cap on earnings to be taxed. Now that taxable income cap stands at $106,800. You could raise it to pick up the shortfall, so that Warren Buffett, Bill Gates, Lloyd Blankfein, Peter B. Peterson, and top-tier earners, who still don’t pay a penny more in taxes than on their first $106,800 in income, would be taxed on a larger portion of their total income, let’s say $250,000. It wouldn’t cripple them, trust me.

What’s more Social Security income goes into a Trust which earns interest to help pay for itself. Part of the problem, going back to the Bush years and before, is that presidents were continually “borrowing” from that Trust to fund their pet projects, either war or whatever. The Treasury notes they put back for what they took out Bush called “useless pieces of paper.” Goes to show you what Bush knew or thought about Treasury notes, which were promises to repay Social Security recipients for his administration’s US debt.

But let’s get back to Barbara who writes, “And your influence is needed now to STOP two privatization attempts that some are calling ‘violent’ and even ‘draconian’… The first plan quite a euphemism for picking seniors’ pockets…

“1. ‘Roadmap for America’s Future’ (H.R. 4529)
‘This legislation, introduced by the ranking member of the House Budget Committee, includes the Bush-like provision to ‘reform’ Social Security into a system with private accounts for future beneficiaries, trading guaranteed benefits for the risks of Wall Street. (It would also transform Medicare into a voucher program for future beneficiaries!)

‘2. ‘Bush Privatization Plan Redux
‘Bolstered by influential members of his party, a senior member of the minority leadership has called for a revival of the failed Bush privatization plan. It’s really no different than the ‘Roadmap’ provision above…” In other words, it’s the same old, same old, give your money to Wall Street to lose, one way or the other.

In fact, just stop and think back to September 29, 2008, when the stock market plunged 778 points in one day as a result in part of the fall of Lehman Brothers on September 16th, 2008. And think about your Social Security money tied up in Wall Street privatization hands in the middle of that chaos. Good luck. Even holding a portfolio of corporate and triple tax-free municipal bonds, I got a good kick in the head on that day. And my portfolio income hasn’t rebounded to what it was before…or before that, when I suffered worse losses in the bubble-burst of 2000. The same thing could happen again. We’re just waiting for the new bubble.

So don’t be suckered from giving away your Social Security to Wall Street, the ultimate insider business. Better you save it for your bread and butter. It’s the only on-going retirement plan seniors have had for 74 years, with no ands, ifs, or buts, when it comes time to provide their benefits. Even the biggest American corporations that have recently failed have bailed on their retirement payments.

As to Medicare, it’s the single-payer healthcare plan that you have paid for if you have Social Security, which you can supplement if you wish with a private Medigap plan. It could have been opened downward to people in their 50’s and become the model for a universal single-payer plan. But instead, it’s been ignored for a health-care plan that makes the insurance companies richer, cuts benefits, raises co-pays and deductibles. See my article Thanks for nothing, Mr. ‘Health Care Reform’ President. It was based on the findings of 17,000 Physicians from 43 states for a National Health Program, which included a single-payer plan that delivered more health for less cash.

Lastly, let me give you a parting blast from Dave Lindorff:

Well, that’s it. Thanks, Dave Lindorff. You’re a great man for writing what you did. And Barbara Kennelly, keep up the good work on the Washington treadmill.

Jerry Mazza is a freelance writer, life-long resident of New York City. His book “State Of Shock – Poems from 9/11 on” is available at www.jerrymazza.com, Amazon.com and Barnesandnoble.com. 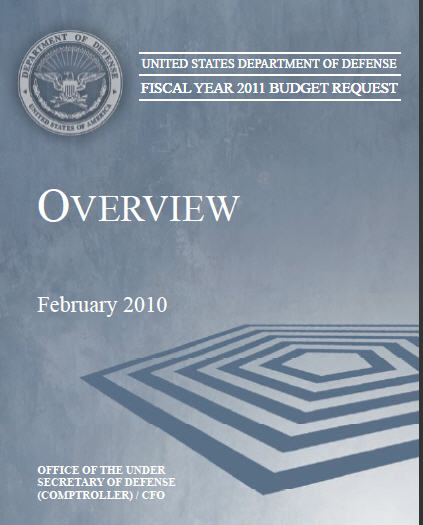