My presentation in Seattle on 13 December 2009, “Unanswered Questions: Was 9/11 an Inside Job?”, was uploaded to YouTube a few days ago by Michael L. Sparks. Mike is a 1988 graduate of Liberty University, with a Bachelor of Science degree in history education. He leads a non-profit, think-tank, the 1st Tactical Studies Group (Airborne), originally based out of Fort Bragg, North Carolina. They have field-tested and validated military equipment, offering their assessments for no charge to the U.S. Army and industry. This is an innovative and important contribution to the public good, which he conceived as a complement to traditional evaluations, which are not always impartial and objective. 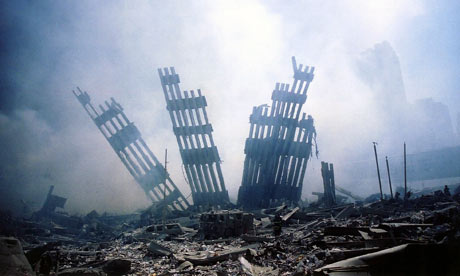 Mike has been involved in amphibious infantry, combat engineer, logistics, civil affairs, special forces, light M113A3 Gavin mechanized infantry, and medium-heavy Bradley mechanized infantry units throughout his 28-year career. He has also been a featured guest on “The Real Deal”, discussing controversial issues related to the assassination of JFK and the events of 9/11, including an analysis of the witness reports at the Pentagon. His background and keen intelligence make him an excellent guest, who has an original and distinctive point of view. Those interviews are archived at radiofetzer.blogspot.com. His website may be found at combatreform.org/.